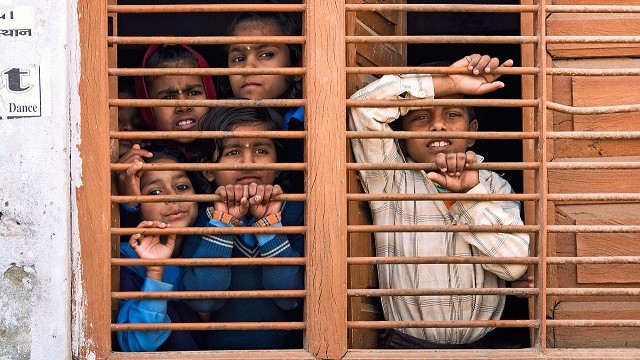 We move to the US for higher education in search of better opportunities and so did I, but the system of education in the US did more than just providing me with better opportunities. It affected me and changed me as an individual that helped me re-assess the education system in India with context. We seem to always blame the education system in India and every politician in power attempts to address the drawbacks in several ways, but what we must really look at is also some of the cultural components that promote such a system of education.

I studied engineering, so my understanding is based on the experience of a person who cracked the IIT-JEE and got admitted into IIT-BHU, Varanasi. Firstly, our roll numbers were allocated according to our ranks in the entrance exam so it was very clear who was ‘better’. This promotes a mind-set of comparison and a sense of entitlement, which I nurtured as well till I went to USC. There I met students who perhaps didn’t attempt the IIT-JEE (or weren’t able to do well on the one day they took the test) but were equally smart or smarter in some cases. The only difference was in our access to facilities.

This was quite an eye-opener for a student like me who always scored As across the board and I was humbled when I couldn’t score an A in some courses, but others did. Well, what I am pointing out here is not about grades but about having a larger perspective in life and a mind-set of accepting that others can be better, and just because I am not as good as someone else, I don’t have to feel bad. A lot of us Indians, get stuck in this competitive rut because of the lack of such clear perspective propagated by our education system.

In India, your impression comes before you, which is there in the US as well, but since the professors don’t get to know you as closely as in India, due to the sheer difference in numbers (in USC some classes had 150 students), but not that evident. I feel that I may have been incorrectly graded high sometimes because there was an impression that I could only get an A and nothing less. This was great when I was a student, but didn’t work in my favour in the long run.

But to be fair, the coursework at IIT-BHU was great, but not all teachers could deliver the courses well. Teachers were more worried about other ‘extra-curricular’ things like which boy and girl were dating and they would pass comments on them if their grades fell. Some of them were also vindictive for things like asking questions in class. This was looked upon as challenging the status-quo. It is believed that students don’t know anything, so they should just shut up and listen.

My questions were all answered in the US, in fact we were encouraged to ask questions and the teachers would sometimes tell us the answers later on if they didn’t know it then. There was mutual respect. I wouldn’t blame the teachers in India completely; although knowing their subject well must be a pre-requisite, but the way children are treated is as if they know nothing and most students don’t end up behaving like responsible adults. So if some students do, they are looked upon as a threat because I guess the teachers don’t know how to treat that.

Also, everything in the US is very transparent – marks, worksheets, labs. We could look at our marks, ask questions about it, access labs anytime we wanted and meet professors in their office hours. This concept of office hours was totally new when we could go and ask questions to our teachers. It was a great way to clear our doubts and know the subject better.

In India feedback is a one-way system, only teachers give feedback, students don’t. This itself marks out ‘superiority’ of the teachers over the students. But in the US, both give feedback, students get feedback on the subject through homework and grades. Homework was a big deal in the US. In fact, prof. Puvvada gave homework every week and graded them so that you could keep improving constantly. We hardly got any homework in India, and if we did, they didn’t seem to matter in the final grades.

Teacher feedback is something all US teachers like because they look at that as a basis for improvement. In fact, I know of a teacher who apologized because he couldn’t get through to his students in a particular class, and took the class again in a different style! In IITs, most teachers feel they are beyond feedback, because of the ‘stature’ associated with these institutions.
The novel thing for me was calling teachers by their first names, but slowly I realized respect is in the mind and not in calling someone as ‘sir’ or ‘madam’. After being in this system, which supports learning, I wanted to take it to India, back to IIT-BHU, but somehow they had no vacancy for me. And that’s when France opened a vacancy for me.

The French system is a mixture of the Indian and the American system. Professors are addressed as ‘Monsieur’ and ‘Madame’ but all the other things hold true – all teachers know their subjects. They are only concerned with teaching, although the classes are not interactive, much like in India.
After being in three different systems, I would like to endorse the US system, something I closely follow even in my current job. I encourage our employees to learn programming and some of them, with no programming background, have learnt it! The US system of education inherently promotes, “I can do it” attitude without thinking about whether someone else can do it or not. That’s what an education system should instill in its youth, a hope for a better tomorrow that they can create with confidence!