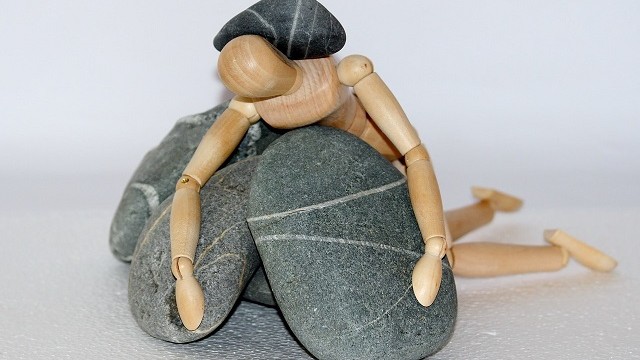 Setbacks of even a minor sort have an ability to bring us back on track. They make us review our choices. I encountered something similar after I moved to Toronto where a minor health problem of mine was magnified because I was alone here.

Till then life was going on smoothly – I was doing very well in my career, was supporting myself and my family back in India and was sort of on a ‘perfect’ path as defined by society. But when this minor health injury cropped up I was forced to step back and take a look at what I had become. I saw that I was a workaholic, constantly setting goals and achieving them. I was competitive and always wanted to outperform myself. I had lost my sleep to an active mind filled with thoughts.

It is not that I was not liking it, I was, because that was the only way I knew then. But then this change in my health served as a ‘pause’ button which forced me to examine what I had left behind. And then I realized I had left an entire wealth of knowledge that I grew up with, behind! I was brought up in a Ramakrishna Mission school which cultivated in us the habit of paying attention to oneself. It taught us to observe ourselves even when we were involved in other things.

At that time whether I won or lost or was average, it didn’t really matter, because my goal was to examine myself and remain equanimous. The school also taught us Hatha yoga and meditation. The meditation rooms were easily accessible to all the students. But when I graduated from there I slowly got involved in the way life is usually led by people, as a race where one constantly has to reach some check posts! I decided to get back to it, but when I did I wasn’t happy with Hatha Yoga alone. I wanted something for my mind, my breath – I was looking for Kriya yoga.

Incidentally I happened to be in India at a time when the ISHA foundation announced their Inner Engineering program. When I researched about it I found it quite intriguing. I then made up my mind to try it for seven days. After those seven days, we were asked to practice it for 40 days just to see if it worked for us, and if it didn’t we could move on. I liked the initial seven-day experience, so I decided to try it for 40 days, out of sheer curiosity.

I was quite amazed at the person I was becoming. Firstly I was sleeping better. Then my decisions were based on what I should be doing than what I naturally was. For example, I was leading teams and the leader does set a tone for the team. I was not very cognizant of how I was affecting other people before, but after this practice I started observing myself again. I would also say that I became empathetic – previously I just couldn’t relate to anyone emotionally. I therefore decided to continue it; it has been seven years now.

My life was now going the way I wanted it to go and without much effort. It was only when my life started changing, did I realize that it was the way it was supposed to be! I didn’t have to struggle and chase things, everything had a way of falling into place, if I did my job of being aware of myself. I had intellectually grasped spirituality in my school days, now I was experiencing it. So in a way it is an extension of the knowledge I had gained as a student.

This progress had an intensity to it which was possible only because I was away from my familiar surroundings. I was forced to solve my problems immediately. There was no one else to take care of me. Although, my introduction to this school of meditation happened in India, I immersed myself into it in Toronto. So I am grateful for these circumstances and my health derailment to bring me back on this path.
After experiencing this I feel, all adversity does come with hope anyway, because it forces us to look at our redundant ways. And probably adversity comes because we forget and it’s a way to make us remember who we really are.

Homepage » Arts and Culture » Setbacks are good, I realized, they beam with hope!
← Previous Post Next Post →