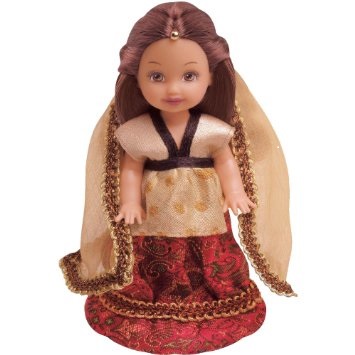 There is a lot said about marriage, all over and most single people “want” to be married because the world does get lonely sometimes, is the feeling. When I was single that’s how I felt and I know a lot of my single friends feel the same. A lot of marriage related jokes are on how men feel ‘tortured’ or ‘caged’ in the marital setting, but what about women? They are just dehumanized mostly, and this is how:

1. Do you know to cook?: The moment you start entering the “holy” matrimony, everyone – just everyone is concerned about your husband’s food! People unknown to you also start asking you if you know to cook, worse still, they ask your husband if you know to cook, because somehow he will know better. And the understanding is, if he doesn’t like what you cook, then obviously you aren’t a good cook! The man in the marriage is never asked this question. Even your parents will ask you this  – what did you cook today, as if they forgot how you used to be in your house!

Your husband is never asked what he cooked or if he feeds you what you like.

2. He is earning, so why don’t you chill?!: This is something unfathomable. Once you are married, it is almost as if women don’t need careers or don’t want to be financially independent. Suddenly now your purpose in life is supposed to change to taking care of the house and feeding the family. So if you ever want to speak to anyone, like a normal human being, like you used to before marriage, about your career, there is no one to listen at all! All they say is, your husband’s earning? OK, so then chill!

Worse still, when you go for job interviews they ask you if your spouse is earning and if you say he is, they can pay you less or not pay you at all, because you are a woman. But husbands are rarely asked this question!

3. “What does he like to eat?”: This is again another ridiculous question. When you visit your in-laws’ house, obviously they always tend to make what your husband likes to eat. Somehow there is this underlying tone in most of their statements, that takes a dig at the woman’s cooking, as if you deliberately feed bad food to your husband. Worse still, he is treated as someone who needs to be served! You are secondary and it really doesn’t matter what you ate, at what time you ate and how you ate before marriage, all of this is just supposed to change instantly!!!

4. “How is he doing?”: Your friends always ask this and are concerned about him where as his friends treat you like an intrusion in his life, so they would much rather ignore your presence. But your friends, your friends are always nice to him. They want to talk to him, ask about him, his work and just everything, because they want to be inclusive. They always make it a point to point out your flaws, and laugh with him over it. WTH!

5. “Go shopping!” : Wow, that’s solves everything! All women are somehow supposed to love shopping, so that solves all issues. The constant advice is go shopping. Huh?

6. “Have kids”: If you have any issues with settling down, have kids, because they keep you occupied! Amazing wisdom, so first of all, anyway you have no say in anything, are considered even non-existent and then just so that you don’t feel it, you go have kids, because “motherhood” is important!

Now I wonder why a lot of women put on weight or are depressed or have psychological issues after marriage, the answer is perhaps in this dehumanization. If you don’t have a husband who understands this, it could be worse. But the best thing to do is to stand up for yourself, because the world doesn’t know how you feel. The world is busy fulfilling patriarchal norms set for marriage!