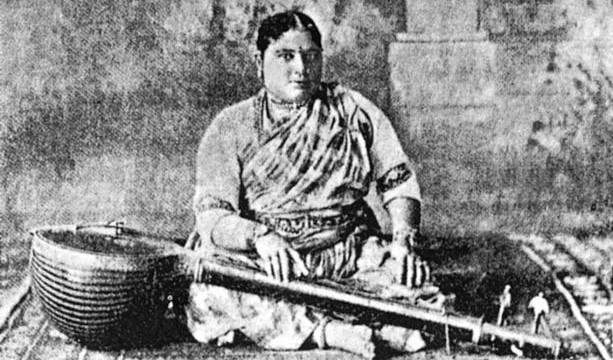 It was when I was watching an American documentary called “Miss Representation” that I noticed a peculiar aspect about India. The documentary was criticizing the representation of women in popular media, and how this entrenches sexist attitudes in society. For example, it recounted several incidents where women political candidates in USA were criticized based on how they look and what they wear, instead of what they say. When she was the vice-presidential candidate, undue attention was given to the looks of Sarah Palin. Currently, there is a lot of attention on Hillary Clinton’s clothes, voice, make-up and so on. I found myself nodding to the documentary’s thesis on how the media is treating women leaders as sexualized objects and not as full-fledged personalities with unique opinions and perspectives.

Then, I tried to relate this rhetoric to India and was stumped. In fact, it is not only the case that women leaders in India get minimal attention to their appearances, but it is also considered awkward if such attention is given in media. Imagine, for example, TV channels and newspapers talking about Jayalalitha’s make-up or about Mamata Banerjee’s sarees. It feels vaguely Oedipal and wrong. But this is commonplace in USA. Even the German media, enlightened by the US standards, does talk about the fashion choices of Chancellor Angela Merkel.

So what makes it weird in the Indian setting ? I think Indian public looks at women leaders as carrying a motherly aura around them. In fact, in common parlance, they are referred to as “amma” or “maa” meaning mother. Looking at one’s mother as a sexualized object is awkward, and the Indian media knows well not to stoke it.  Indeed, this association of a mother-child relationship to women holding power and authority is deeply rooted in Indian culture. Servants address their mistresses using these terms, and so do students to their teachers. In villages, poor people address richer women thus. Often, younger men address older women, even if they are poor, using these terms. This is so commonplace that it sounds weird only when it is pointed out explicitly. But this type of addressing is not at all common in the west, even in historical times.

One common feminist phrasing is that “women should not be reduced to their uteruses”. This is very true, as the intellectual and cognitive faculties of women need to be respected. But why treat “uterus” as an insult ? Why should the notion of motherhood be reduced to a biological organ devoid of any intellectual and spiritual fulfillment ? Why should not the uterus be treated as sacred, as the center of the experience of motherhood ? In fact, even social and intellectual life can be understood through the “motherhood” that nurtured them, with symbols like the uterus and umbilical cord being treated as sacred metaphors, and not as insults.

Where does this motherly archetype come from ? I think it is ultimately derived from mother nature. When one looks at the cosmos as the Divine mother, it is easier to see a mother in  lesser emanations such as a forest, a river, or a country, Women leaders or elders can naturally be associated with the same archetype. This archetype is either not present or lost in Western civilization. For example, the Judaeo-Christian image of Eve is remembered more as a temptress than as a mother (which she is, for all of humanity). The mothers of prophets Jesus and Mohammed present an archetype to Catholic or Islamic societies, which probably lends itself in a similar manner to how women leaders can relate in a society.These are definitely not dominant cultures in USA, which is today’s global powerhouse of media. I am also not aware of any culture beyond India where people address strangers commonly and regularly as “mother”. In India, people of every religious stripe do this.

Due to its peculiar history and cultural development, India offers certain openings for women better than other countries as they march towards equality everywhere. This is hard to digest if we accept the cultural superstructure of western universalism. Certainly, Americans will find it odd that women in other countries, especially in poor countries like India, would be better off in certain aspects than in USA. But who defines the future steps of the global feminist movement ? Is it the case that USA is blazing the torch of human rights forward, only for the rest of the countries to catch up ? Or is it the case that progress happens in a multi-dimensional manner with many aspects, in some of which Indian women have been leading forward ? As an Indian, I certainly believe Indian women (especially those from my own generation) are as strong-spirited as their western counterparts. But where is the Indian leadership in global feminist movement ? Very rarely do I find Indian women openly critiquing about their restricted freedoms after they moved to the west.

Everybody remembers the remarkable outpouring of anger and demonstration on the streets when a young Indian women was raped and murdered in Delhi. This was a tipping point as Indian society tries to create safe spaces for women, as they work and lead independent lives in cities. But are Indian women better off by moving to the west, say to the USA ? I remember vividly my first day as an exchange student in the USA, when there was a public email that a woman was raped in the shopping complex in the middle of the university campus.

I was horrified, but then learned that such incidents happened regularly. In fact, people (both men and women) rarely ventured without police escort at night to go back to their homes from university. People spoke of many areas as dangerous even during day time. This was remarkably different from my experience in India. But I don’t see public voices of Indian women complaining about their lack of freedom of movement due to crime in the USA. I wonder if this lack of voice is due to the fact that many Indian women are restricted from working in the USA and robbed off their financial independence by the lopsided visa rules, which favor men over women for immigration (the software sector is notoriously over-represented by men).

Another impression I have from Indian media is that the representation of women seems to have deteriorated recently, despite the growing “westernization”. The films from 1980s (and even earlier) handled issues such as women as sole bread-winners in a family, marital rape, women’s right to sex beyond marriage and so on. There was a strong voice of women writers and even women film directors. Actresses played roles with strong characters. In a recent interview to the Hindu newspaper, the yesteryear South Indian actress Krishnakumari said “In our days, the heroine’s character was more natural, scripts and stories were good. Now, heroines are exploited for their beauty, glamour, clothes. Our lifestyles were so different. Today, there is so much more exposure outside, that also determines how they act in their films”. I agree with this sentiment. Particularly in the south, roles for women have been trivialized as eye-candy and routinely given to models, lesser-known actresses from North India, who are not known for strong acting abilities.

So my question is are we going backwards in India, by trying to ape a “western ideal” ? Do we need to be selective in following western progress in feminism – admiring certain aspects, but being confident in certain other aspects to even lead the global discourse ? From sheer numbers, India has a remarkable number of women leaders at the top, many made by their own making and not related dynastically to other male politicians. India also has many top business leaders who are women. Indeed, many women business and political leaders in the USA are from Indian origin. This needs to be explained.

There were two remarkable women from pre-independence India, who need to be known more in the global discourse on feminism. Pandita Ramabai was a highly respected scholar and liberal reformer. She took the antagonistic viewpoint, arguing that Hindu culture subjugated women through practices like Sati and that Hindu women needed to be liberated through christianity. There was a Ramabai Association in the USA, with many American women in kindred spirits, which supported her financially in her endeavors. Pandita Ramabai was vocal in arguing against Hindu revivalism as championed by Swami Vivekananda and the like. She received the Kaiser-e-Hind award from the British government, which was typically given to Indian Rajahs and statesmen who argued for collaboration with the British.

The other person was Bengaluru Nagarathnamma – a Devadasi musician and dancer, who fought spiritedly for the recognition and respect of the Devadasi community. Vilified by both the Christian and Hindu social reformers as a caste of prostitutes, Devadasis were challenging the very institution of marriage and its sacredness. In earlier times in Indian history, Devadasi women were leading poetesses, artists and philosophers. Freedom from marriage offered these women greater intellectual and social liberties. In certain cases, they were even renowned as devout and saintly persons, despite not being married and not renouncing sex.

Nagarathnamma was vocal in arguing the case of Muddupalani, a 17th century poetess in Telugu, who resided in the Tanjavur court. She wrote a literary work called “Radhika Santwanamu” that uses open sexual imagery to make a deeper spiritual point about union with God. Many later Telugu literary critics condemned this work as the ramblings of a prostitute. Some of them were leading freedom fighters and social reformers such as Kandukuri Veeresalingam, who wanted to censor this work. Against such political opposition, Nagarathnamma defended the beauty of this work, as well as the right of Devadasi women to perform and be respected for their art.

By relating the examples of Pandita Ramabai and Nagaratnamma, I want to make the case that Indian feminist movement was very strong even several centuries ago, with a robust internal argumentation from diverse viewpoints. In fact, I am hard-pressed to find examples of women like Muddu Palani (or Amrapali of Vaishali) in the history of the western world. So are Indian women losing the battle by trying to follow the “west”, and letting it deem which issues are important and need reform ? Are they actually better equipped to lead the battle for equality on a global stage ?

PS: The director Ram Gopal Varma made a sexist comment on Twitter about the recently elected Assamese legislator Angoorlata Deka, which is immediately condemned by the public. Such comments never resonate in the popular media in India.