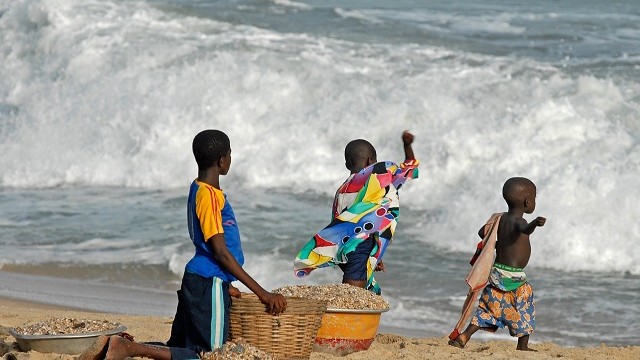 Familiarity and fear while being an example of alliteration are often antithetical in real life. My induction into this was in the July of 2012.

Bright-eyed, anxiety wrapped and yet eager, I walked into Bombay airport on the night of 25th July 2012. It was going to be the first passport stamp – an achievement for me. After six years of holding a passport and there were no coloured markings apart from a couple of signatures. It was to be a redemption of sorts.

I was heading to Ghana and the news read “Ghana President Atta Mills passes away”. For a bloke whose job location choice elicited reactions varying from “Ghana?” to “South Africa” to the most knowledgeable “Oh! The country from the Cadbury’s commercial”, it was not the ideal welcome. I had heard interesting stories of robbers entering houses and ransacking them to the truth of my own immediate boss having been shot and has shrapnel in his inside even today. Thirteen painful hours of flying where I struggled to sleep; I hovered on and landed on a strip of tarmac that was surrounded by a sea of green.

The difference from India was evident as we walked on the tarmac straight into the terminal, something I had never done in India. Thanks to a gaffe during my negotiation, no one was there to receive me. There were aids to augment my fear. There was not a single phone booth in the entire airport. I needed to call someone to have them pick me. My gift of gab enabled me to make a phone call for 100 INR. I then sought out an internet café at the airport where I spent the next half hour waiting, as I feared for my life.

Finally my driver would arrive and I feared he would run away with my baggage as we trudged to the car parking lot. Even a migraine would not permit to sleep in the car as we sped towards the guest house. I cannot forget inspecting my bed and room before crashing exhaustedly after locking every door.

The next few days, my healthy self that needed walking was confined to the garden inside the guest house. I trusted no one, including the aptly named Peace, our maid. Finally, after loads of cajoling, I managed to walk to the street corner and hurried back.

This would gradually change over three years, thanks mainly to my better half who refused to be confined to a house. My wife and myself are ranked outliers amongst Indian folk as we walk on the streets daily. We figure that any incident that could occur is ordained and not invited. Even today, my colleagues refuse to wander out on foot. Being someone who would easily be classified as an extrovert, I would require a guard or an assistant to go anywhere. I have never experienced a panic attack, but the paranoia was immense.

Today, even as I consider knowing the streets of Accra better than the streets of Mumbai or Bangalore, I prefer putting the adage “Discretion is the better part of valour” into practice. Even though we do the same in India by staying away from areas such as Behrampada in Mumbai or Shivajinagar in Bangalore at night, we feel foreign here and the previously heard stories dither us from any thought of adventure. Or maybe we Indians are simply too racist. We would well risk such adventures in a ghetto in the U.S as compared to a plush neighbourhood in Accra. But that’s us being Indian, isn’t it?

Familiarity does not automatically cure fear sometimes, because the mind retains the stories of fear. Fear is usually quick to take hold of us, but all we can do is face it as much as possible. But I think, I have never been that curious to be adventurous. The experiences of people around kill whatever little streaks of adventure show up from time to time. Am I as fearful as when I first landed? Perhaps, the degree isn’t the same, but it is still there. We stay alert.

Car wheels turn slowly without grease. So do the gears in the brain. The essay above is testimony enough.