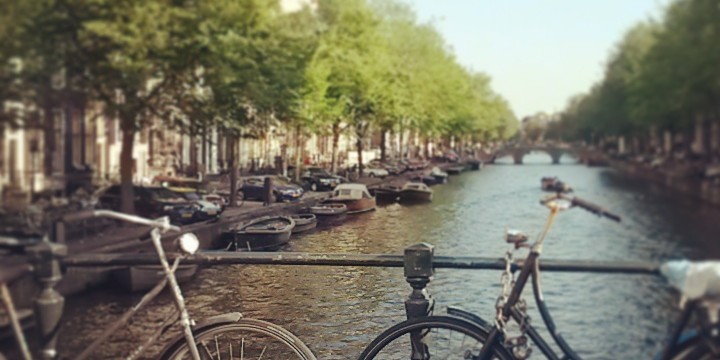 As a girl growing up in India – more specifically, small town South India – low self-esteem and body image issues were part of the package. Throughout my childhood and teenage years, I was made aware, in ways both overt and covert, that I was far from perfect. This must have been the case for many young girls across the country under similar circumstances, I’m sure. One is never quite right: too fat, too thin, too short or, worst of all, too dark! I, of course, took refuge in books and later, discovered the power of self-deprecating humour and sarcasm to deal with the deep sense of lack that plagued me.

Of course, these weapons wouldn’t be of much use against ‘well-meaning’ aunts who have the knack of choosing particularly special moments, like a sibling’s wedding, to helpfully point out how fat I’d gotten and at this rate, there would be no hope of me ever getting married!

Things didn’t change too much when I moved to the “modern metropolis” of Mumbai. I was older and a lot more confident by then. Yet, there would always be moments where I would be reminded of my less-than-perfect appearance. The worst had to be during clothes shopping. Years of bitter shopping experiences in the past have taught me never to expect clothes that fit and look flattering at the same time. It was always one or the other. As if these dressing room struggles weren’t bad enough on their own, I would almost always be accosted by a salesperson who would regard me with an air of superciliousness and say something to the tune of, “We don’t stock such large sizes” or “the plus size section is in the basement”. On the rare occasions that I did find clothes in my size, they would come in such unflattering cuts and colours that I would end up feeling worse about myself than when I started.

I imagine that all this ranting thus far would most likely evoke one of these two responses: why would I let other people’s opinion affect me or why didn’t I do something about it? My answer to both those queries is the same: It’s not like I didn’t try.

Then, two very crucial things happened. I got married and I had to shift base to the beautiful city of Amsterdam. I cannot even begin to tell you just how refreshing it is to find a companion who loves me in spite of everything. (And if you know anything about me and even a little bit about him, you know what I’m talking about!) To be in a totally non-judgemental and fully supportive relationship was a first for me, and what a world of difference that made! There are a zillion ways in which this relationship has nurtured and healed me. However, I will not go down that path, but instead want to share how this city, which I now call home, has helped me rediscover myself.

The Dutch enjoy the outdoors and spend a lot of their free time, weekends and vacations taking part in some kind of sporting or physical activity. To move to a city where everyone from four to eighty-four commutes mostly by bicycle was a radical and refreshing change for my Mumbai-battered lungs. The Dutch are also typically very tall and muscular, both men and women. Further, Amsterdam has been a city of immigrants since many centuries. All these factors contribute to the fact that there is no overarching image of what a ‘perfect’ body should look like. Of course, there are people who still aspire to lose those last five pounds, but it is not the predominant topic of conversation. It was refreshing to be part of a society which didn’t bombard me with signboards of slimming centres and fairness creams wherever I looked.

Moving to Amsterdam also made me aware of a very different aspect of myself. All of a sudden, I was being complimented on my dark hair, big eyes and tanned skin! I found clothes that fit with such ease that I began to wonder if it were all a dream. In fact, clothes shopping took on a whole different challenge when I moved here. Given how tall the average Dutch woman is, XL could very often mean “extra long”, not just extra large! I learnt this when I slipped into a t-shirt marked XL, only to have it flow below my knees!

It has also been a wonderful change to move to a society that does not let age become a barrier. Somehow, in India, there seems to be an unwritten understanding that if you’re past a “certain age” and especially if you’re a woman, the number of new things you can try become seriously limited. Don’t agree with me? Go ahead, ask a 45-year-old from any mid- to small town to strap on a pair of roller blades and give skating a shot. This is a city that provides so many opportunities to try new activities, without once making you aware of how old you are. Since I moved here almost two years ago, I have tried my hand at roller blading, horse riding, salsa dancing and rowing a boat. I have struggled and fallen on my face and backside more often than I can care to count in the pursuit of these activities, but not once has someone passed a snide remark. In such an environment, I have learnt to prioritise health and happiness over physical appearance. In doing so, I have finally become that person who enjoys going out for a run or to the gym, rather than doing them grudgingly. I probably don’t look very much different now (blame it on the Dutch favourite: fries with mayo!) But you know what? I couldn’t care less. Amsterdam has helped me find my happy place and no one’s getting me out of here!

Lover of life and its languages