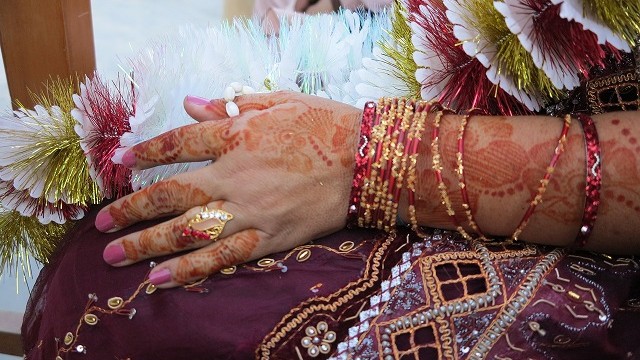 Arranged marriages and South Asian culture are quite synonymous with each other. Here a couple of videos of Indian and Pakistani non-residents, choosing to have an arranged marriage, while reviewing its positives and negatives. The two videos in this post give context to the concept of arranged marriages.

If one looks at it objectively, arranged marriage is just another way of finding a spouse, if one does not attach ‘class, caste, creed, religion’ to it. But because all of this is attached to it, it becomes an ‘economic’ affair rather than a meeting of two people who want to make a life together. The concept of marriage itself can be questioned, but that’s for another time.

In the South Asian tradition marriages were arranged to expand one’s property and benefit a specific community or family. So the place from where ‘arranged marriage’ evolved was from a sense of protection and hoarding. And was probably seen as a practical necessity then because of high mortality rates, huge lands to be taken care of and so on. Of course, this is not limited to the South Asian culture, there is enough evidence in literature that tells us that marriages to the same class was propagated even in the Western culture. It’s just that the west seems to have moved on from there and we South Asians have not.

From picking clothes to professions to partners – South Asian parents seem to know everything or so they think. And what is more appalling is that university-educated, intelligent youngsters actually want to follow age-old traditions without questioning them. It is not uncommon in the land of origins for youngsters to allow their parents to choose their partners, but in most parts of India and in some parts of Pakistan, most youngsters have wriggled out of this bondage. Here, in these videos, one can witness the real time-warp in people who have moved out of their countries several years ago.

The countries have moved on to different spheres and are forming a new culture, where as people who are living out of their home countries are teaching things to their kids, which their countries are not anymore! This also ends up creating a huge divide between first generation and second generation South Asians, because they both place each other in a box in their heads, where neither belongs.

The South Asian Legal Clinic of Ontario, published a study on ‘Forced‘ marriages in 2013. It’s interesting to note that the word ‘forced’ is being used in the context of ‘arranged’ marriages, because a lot of them are – not physically forced, but emotionally and economically forced.

In fact a lot of youngsters admit that they enter into this equation because they do not want to take responsibility for their marriages working well. According to them, if it doesn’t work, they have their parents to blame.

This is quite a proof that education doesn’t do anything to broaden our outlook. It is an individual’s choice to succumb to pressures or not. It is also the inability of social structures to allow an individual a clear vision to see what will or will not benefit him or her. But it would be too much to ask from society – because society’s existence is based on exclusivity. Human beings just need to feel superior or inferior.

If youngsters need our parents to choose everything for us and are allowing this divisive culture – we are obviously not ready for any healthy relationship. In fact, we might as well let our parents live our lives. There is no one to blame but us, for not questioning, for succumbing to pressure and for finding a crutch. If we youngsters are still stuck in age old differences, and are creating a divisive society, it is only us to blame. No one ever said parents know everything, they are also figuring out. And if someone did, we didn’t do our job of questioning the veracity of that statement – That is our responsibility!

Homepage » Arts and Culture » Why are we South Asians still into arranged marriages?
← Previous Post Next Post →