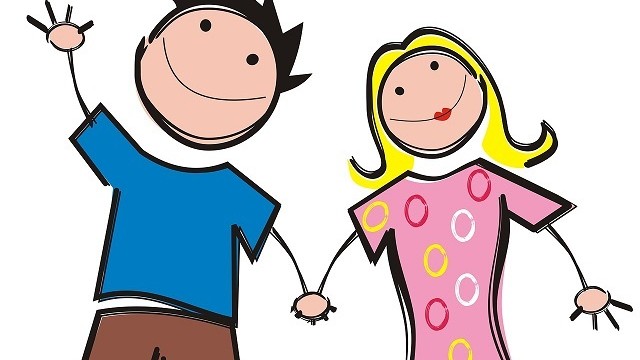 I  was around 26, when I went to pursue my Masters in Computer Science.  It is considered marriageable age by Indian standards or may be I was late by a couple of years.

I would get free advice from basically everyone. Their common advice being , “Marriage is more important than education and blah blah and how I should get married and then pursue my MS.” I am not against folks, who do that. But I didn’t want a person whom I didn’t know to bear the financial burden of my foreign education. One of my roommates suggested that I was  getting really old and I would find only a bald guy if I delay any further. She advised me to meet people at the cost of bad grades.

As far as marriage is concerned, my thoughts  were completely different, until I actually got married couple of years back. I would have weird ideas of marrying some guy who had no immediate family. I know it sounds really odd. But I would think that in-laws and sister in laws etc. would give me loads of advice and won’t like what I do etc. So those were my thoughts around that time, some ten years back.

I interacted with loads of matrimonial specimens around the period I was in the US and I had some funny experiences and some really good food dates :). My friend came up with a nice term Free date if not anything else. So I enjoyed these free dates and enjoyed food at Olive Garden and many fancy places to which I always wanted to go.  I made sure I tried new cuisine each time. I am very particular about following up and if I didn’t get a follow up thank you email or text message I didn’t meet the person again. Some I met 2-3 times but something seemed missing. All the alliances were doing really well; went to good schools and were earning great salaries but something was missing, that spark I guess. There was one moron, who sent a request on the matrimony portal and I politely refused saying right now my focus isn’t getting married but getting done with my courses during the semester. But constant nagging, sending letters, greeting cards, long voice messages and  flowers were some crazy things he did. I was like WTF? I don’t even know you and I get all these gifts etc. So I blocked him from all possible social media including Linkedin.

But, it was funny meeting an SDET Manager from Microsoft. He is one of the funniest (read peculiar, therefore funny) guys I have met through matrimony. He was an Australian citizen of Indian origin and had pursued medicine and then engineering. I am not sure why. So, he was an SDET Manager at Microsoft Seattle and I met this guy in Pune. We couldn’t decide where we should eat, so we went to a couple of places as we met at E square and then I said you may want to grab something in Vaishali as it’s popular here.

We spent some 2-3 hours together and we had a casual conversation, and then he mentioned I want to marry you because you speak good Marathi and I want my children to speak in Marathi well like you do. That didn’t really convince me and I didn’t like that attitude. He was in a hurry to marry and he requested me to wait one more day in Pune to meet one more time. I politely refused as i had commitments the next day in Mumbai. So he asked, if I was seeing anyone else and if I was desperate to go to meet the guy :). That was kind of a second  turn off. He also thought he looked like an actor and wore weird spectacles which were trendy in Australia and my cousin Ishan had similar ones around that time.  He thought his sister looked like Karishma Kapoor. That was it. I couldn’t take anymore of his self praising, heavy Austraaaalian accent and certain usage of words which are used in Australian English which were new to me. So I said I don’t understand what you say, why should I marry you. You have horrible Marathi and you look at me as a Marathi teacher for your kids. God save me from such an MS guy… phew!

There were some who wanted an immediate Yes or No answer at gunpoint. So my answer had to be NO, as you do not Marry at gunpoint. Then there were some fraands who were clearly interested and wanted to waste my time and give no commitment, so I was wary of such Fraandships. Some said, I don’t want to marry and can we be friends etc. Some were good and I am still Facebook friends with a few of them. There was no end to the number of guys I met until I finally decided on the one.

Yes it was an interesting journey of many years with a share of good and bad experiences. It made me laugh, cry, smile – an array of varied emotions. I thoroughly enjoyed the journey, which according to me is the most important thing. Enjoy what you are currently doing and make memories that will last a life time. You have one life, make most of it. Meet people, learn new things from each one of them. You need not always have a selfish motive when you meet someone. Cheers 🙂

Software developer -Just another brick in the wall. Singer, Blogger and Wannabe Dancer. Love to travel and experience new food each place I go to.