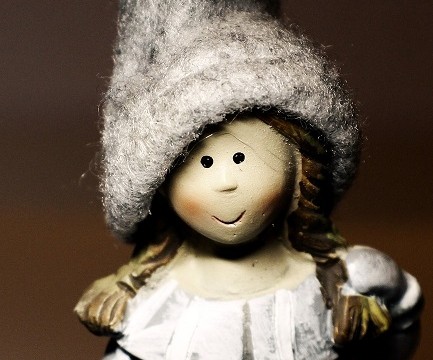 Making friends was never really seen as a problem, in fact it never crossed my mind that it would ever become a problem, because all through school and college, I always had friends around and all the time. When I graduated, my friend circle did reduce but they were still around.

Then suddenly a lot of friends disappeared to marriage, to kids and just life, and so did I disappear to all of these things. Now if I have to meet a friend, his or her family schedules, chores schedules and work schedules have to be considered. All of these factors just render it impossible to meet even if two friends are in the same city!

And in a new country, where there are no friends the task of making friends is extremely difficult, unless of course one is enrolled in a course. Marriage just adds a new twist to being friendless. Marriage has of course given me a new friend, but the truth is that ‘one’ friend cannot play the role of many friends. That is an impossible expectation to accomplish for the spouse and such expectation from the spouse does spell disaster for the relationship. But what about spouse’s friends, can’t we become friends with them?

In a new country, one does end up hanging out a lot with the same set of people and quite often, if even one of you knows them from the past, because you just want to meet people in an unknown land. But when you are in a group where the majority know each other from the past and you are new, you can’t do much but wait to be accepted by them. Yes, you can try but it’s finally up to the others to try as well.

The equation is strange when people know each other from the past, because including a new person is usually up to them. And after marriage, there is less opportunity to know a person for herself when you hang out in groups, because of group dynamics. There is always some distance between you and your spouse’s friends, which only some try to cross – because you are someone who is interrupting their friendship and is a new addition to your friend’s life, so the interaction is quite complicated.

Initially, it just starts as funny / embarrassing/ controversial events in the spouse’s past. That happened with me too and I laughed at most of it and I thought, okay we have a common topic – my husband. But I tried to break the norm and go further to know the people they really are. That has been a tough nut to crack with some friends who have known my spouse for a long time.

They would hardly ever ask me questions about me or try to get to know me; a lot of times I felt like I didn’t exist in the same room as them. But since I was trying to become friends with them, this was a little difficult for me accept.

Eventually I had to see that we probably weren’t meant to be friends, so I stopped trying. It isn’t that all my husband’s friends are like this or that I haven’t found friends in both the wife and my husband’s friend; that has happened too, but we meet them rarely.

In a new country, the newness is quite overwhelming anyway and the lack of friends just makes the process really lonely. Sometimes I feel that we are so segregated into gender roles and since we have seen older generations – where moms rarely had friends of their own as compared to dads, we are finding this new aspect really difficult to surpass.

The transition from old stereotypes to this new form of being seems complex as we are so forced into these gender roles. But I guess the fact is to notice this and move beyond to make friends, because friendships are priceless! Nothing like meeting a friend in person, the online social networks don’t cut it!