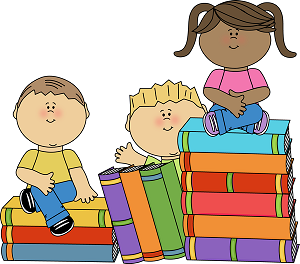 It was one of those sweltering afternoons in Bangalore and I was at my wits end. I felt helpless and I had no idea what I could do. The noise would not abate and my voice had gone hoarse from all the shouting. I just remembered that the last meal I had was at 8 AM and it was 4 PM by then. I could not understand why I was fighting these battles and began to doubt my commitment to the cause – trying to teach twenty-four adolescent kids mathematics and the value of teamwork. That reminded me of that one phone call, my reason for being there.

Two years ago when I had decided to move back to India, I knew that I wanted to work for some social causes. I was passionate about a lot of causes and I wasn’t really sure in which area I wanted to put my time and effort.  I landed my first job at an educational start up in Bangalore by looking at a Facebook post of one of my friends. The start up was conducting a pilot project in three government schools in Karnataka and I was signed on to manage their pilot. Let’s just say that working on this pilot was one of the most eye opening experiences of my life. Since I worked with government schools I had to deal with a fair share of their bureaucracies, which left me extremely frustrated and depressed, as I could not help the students, the way I wanted to.  I quit my job as soon as the pilot was over and started my own company.

However I could not the shake the itch – I really enjoyed working the kids and I wanted to make a difference in their lives, no matter how insignificant it would seem.  Eight months ago I signed up to be a volunteer math tutor at a low-income school run by an NGO. The people running the NGO really cared about their students and I had the freedom to do what I wanted to, in a classroom.  I was assigned to teach math to twenty-four grade 10 students.

My fascination with mathematics began after I started working in the US. I began to see patterns and connect the dots. I began to understand how math enabled us to build innovative, life changing products. I regret not getting to this point sooner and I knew that I would have, if I had a teacher(s) who could have taught me better.  Thus I wanted to be the person, I never had – the teacher who ignites a spark and gives you those “Eureka” moments.

I put a lot of time and effort into building lesson plans. I did a lot of research on Scandinavian teaching models (they are known to be the best and the most effective) so that I could use them in my classroom. I made sure that each lesson was interactive life scenarios.  I built a vision board for each student. I gave them customized goal books so that they can track their progress and have fun at the same time. I created projects for each topic so that they could apply the concepts of mathematics in real and visualize their improvement over time with each concept. What I failed to consider in my naïve optimism and enthusiasm was the rigid mindsets of the students I was about to teach.

As a part of my curriculum I designed projects that involved teamwork.  I created the teams and assigned a leadership role to the shyest member in that team. My goal was to get everyone to pick up a responsibility and complete it successfully. However this plan of mine backfired spectacularly. The boys who had a girl team leader refused to do any work as they felt that it was beneath them to listen to the ideas of a girl. The girls on the other hand refused to be assertive with the boys and preferred to work alone. There was no teamwork, there was no harmony – it was just chaos with dark undertones of sexism.  Something inside me snapped and I screamed at them for being unreasonable. I told them that I was done with them and walked out of the class without another word.

The next day something extraordinary happened. I got a phone call from Nidhi – the girl who barely spoke in class because of her extreme shyness. She said “Akka I am really sorry for what happened in class yesterday. I want to be the team leader and I do not know how to get the boys to work with me. But if you help me out I am sure we can work as a team and submit the project on time. If you don’t come back I won’t understand maths. Please come and teach us Akka.” This call from Nidhi was a much-needed lifeline.

It gave me the motivation to go back and try harder and fight for the ‘Nidhis’ of this world. I know that given time I can probably get these twenty-four young minds to change their attitudes and think about the real issues bogging the world. But all of it hinged on one variable – me not giving up on them and that’s what I reminded myself as I entered the noisy, chaotic classroom once again.