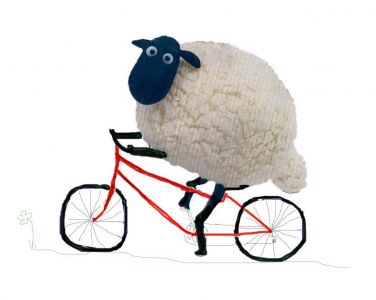 Many years ago in a country far far away, I had gone to get a Masters in Electrical Engineering. Actually it was about 10 years ago (2005) and the country was “Amreeka” also known as USA in their native language. I am sharing this story because I still feel embarrassed about this incident even after a decade and I love to laugh at myself and the naivety (innocence if you prefer euphemism) of Indians no matter how much they master the “Amreeki” accent.

It was a time before I had seen fast internet. The tring trang of the dial up modem and my mother’s concern of the rising phone bill always limited my access to the WWW. Books also never mentioned these weird “Amreeki” contraptions and I definitely had never seen it in the movies. Thus when these unique modes of transport were seen for the first time by almost 50 Mumbai based engineers we thought to ourselves, “Why the hell would I buy this?” How many engineers does it take to ride a bicycle?

It was August 2005. All of us Mumbaikars had escaped from the harrowing floods of 26 July and landed on the college campus. Some Indian guy came running towards us in a very excited manner and gleefully told us that the DPS (Department of Public Security) is selling impounded cycles for 20$ only. 8000 rupees for a second hand cycle!! What a rip-off I thought. I was about 30 – 35th in the line by the time I realized my mistake. I never noticed that only Indians were in the line. I was still new to US and seeing only Indians did not feel too odd.

The first two Indians happily bought their bicycles and rode away like kings smiling at us peasants standing in the line. The third guy notice something really odd about the cycles kept for sale. In true Indian fashion, he bought his bike, hurried towards the line and started the panic. I will call him the ‘Panicmonger’ from here on. He rode towards us and said in an agitated voice worthy of a famous politician, “Arre, yahan to scam hai boss!!!! Ye log to second hand bech rahe hain. Wo theek hai, lekin kuch bikes pe to brake hi nahi hain. Bees dollar ki bike ko theek karne sau dollar kharch karne padenge. Bina brake ki cycle mat khareedna”. (Oh boss, this is a scam!! It’s ok that these people are selling second hand bikes but some do not have brakes. We will have to spend 100$ to fix these 20$ bikes. Don’t buy the cycle without brakes.)

Having set the cat among the pigeons, the Panicmonger claimed that he was hungry and rode away. Then the sowing circle went into critical mass and the chain reaction started. Each new proud owner of a cycle with brake reduced the prize of getting the good bike at a cheap rate. Then the countdown started. There were many bina brake ki cycle (BBKC – cycle without brake) but only a handful of cycles with the brake. With 20 people now ahead of me, various Sanskrit mantras for success started their autoplay in my brain. The queue ahead reduced to 15 people, 10 people, 8 people, 5 people ….. the wait was endless. I looked at the watch and understood the theory of relativity as taught in school.

Finally there was only one guy ahead of me. I saw two cycles with brake and blessed my lucky stars and planets. The person standing behind me was my friend and realized that he will have to take the BBKC. Unfortunately he was a timid fellow in college and used to get slightly bullied. He too realized the same thing and his expression took the tone as if his pet dog had just left its earthly shell. I told him not to worry and even spending 50 – 70$ to get the brakes installed was cheaper than buying a new cycle.

I happily paid the 20$ and took the slightly rusted two wheeler. I saw the line behind me and beamed. The friend behind me whom I will call BBKC-Owner for now, was morose. He picked a shiny, red coloured, almost new bike and rode towards about 10 of us who were waiting. One guy consoled him by saying at least it’s new and sniggered. Some of us smiled, some of us grinned and many laughed. One could see a tear in poor BBKC-Owner’s eye. Since all of us were living in the same apartment complex we decided to ride like a biker gang. Don’t ask me why.

After nearly 5 minutes of riding, we reached cruising speed and to relax, I started pedaling backwards in true desi style. Someone yelled “Stop! BBKC-Owner has fallen.” I thought about the poor guy. I was about to tell him not to ride the cycle if he cannot brake. He started saying that some is wrong with the bike in a whimper. “I was cruising and started pedaling backwards. As soon as I did that, the bike lurched and I fell down.” We still did not realize the cold hard reality and thought something was really wrong with the bike. At that time a nice blond girl walking towards the university observed that we were in some sort of existential dilemma and intervened. We explained the problem to her as if she was a mechanic for reasons known only to 22 year old men. She said in a sweet voice that showed her high opinion of Indian brains was just shattered, “No silly. You have to pedal backwards to brake. Don’t you know that?”

As soon as we heard those words, we all broke down laughing and still ragged the BBKC-Owner. After the blond had left of-course. I realized how deep set our inherent biases are. It really pays to keep an open mind and be in learning mode all the time. It turned out that the bina brake ki cycle (BBKC) was more expensive than ours with the handle bar brakes. Keep your eyes open and learn new things all ye who go to foreign lands and don’t join the herd, join the pride. This incident taught me so much that I went ahead and bought a bina clutch wali gaadi (a car without a clutch).