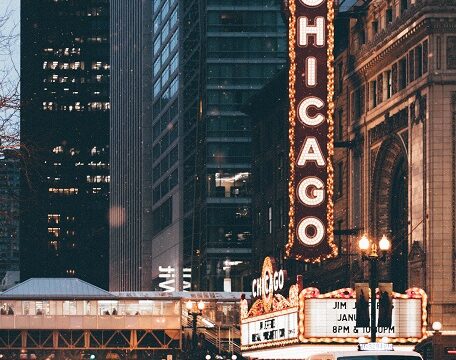 There are a few jobs that exist in the world that invoke confusion among people. You get that “seriously?” look or even the “what does that even mean???” look. Professional sleeper (yes it does exist). There’s also Snake Milker and Dog food Taster (no thanks!), Professional Netflix watcher (sign me up!!!) and Drying paint watcher (what?). There’s the eternal job made famous in F.R.I.E.N.D.S. where no one could figure what Chandler’s job actually was. I get those looks as well when I tell people – I work in theatre! At first their initial reaction is that I work at the nearest cineplex. I correct them saying “the” theatre, like stage plays (or Drama as our desi folk say). They get utterly confused mostly as how is that a full time job and secondly how do I make a living by working in theatre! You would think it’s only a desi thing because if you’re not a Doctor, Engineer, C.A, you don’t have a real job. But no – I get some wild reactions from other communities as well.

Yes. I work in theatre. Full time. And I’ve been doing so since 2004 when I left my lucrative restaurant general manager position to fully pursue a life in the arts. I started in Mumbai, worked with the biggest of stars and then came to Toronto in 2010. Barring a few years where paying the rent was the focus, I came back to theatre in 2016. I presently work at a theatre downtown and have co-started a theatre company called Nautanki Bazaar with a focus on South Asian arts and artists.

With COVID, the theatre world and its artists have been thrown into the dark. While some find solace in online performances, many (myself included) have started to introspect about our journey. The challenges that face us and how to address them when the world reopens. And during my introspection I stumbled across a big question – Where is the desi audience for theatre?

So, why don’t desi folk come to watch stageplays? It never struck me during all the shows I worked on, watched, or managed box office for. But when I really thought about it, it was true, I barely see desi folks in the audience for a play. Even if the cast has a lot of desi actors, you’ll not find a majority desi patronage for the show.

Why is that? Are desis against the arts? Do they feel it’s not worth their time and money? Is it too real and they’d rather watch a Bollywood movie instead? Is it too elite?? Or is it more to do with the institutions where the plays are performed? Are they not diverse enough to reach us? Are these institutions representing us? Because if they’re not, why should we go?

It’s a complex question which is not easily answered. It could be either of these extremes, or it could be in the middle.

Theatre in North America does have a diversity issue and a lot of them know it. They are working hard to address these issues and to an extent it’s working. You do see a lot more colour coming through, but that colour is still missing a desi presence.

Going to the theatre is not a common practice for a bulk of the desi population. There is a tiny set of people who have developed an interest in theatre, the rest just don’t know about it. As I mentioned before, when I say theatre, they think cineplex.

For the longest time, there was a prejudice against traditional performing arts from the previous generations. Working in theatre or dance groups was not considered a gracious way of making a living.

Theatre in India has been around since the 2nd century BCE. It used to be a flourishing profession and used to be a popular meeting ground to share ideas and political ideologies. But during the British Rule, the theatre was clamped down on. Censorship was introduced and the popularity of the local theatre diminished. Even today in India, the theatre cannot break out of the shackles as the Government still invokes the British law of Censorship. There is no central or state funding for the arts that someone would consider it a viable career option. So the theatre is unable to reach the people it makes its shows for. So generations of desis don’t even know that the concept of the theatre exists. A prime example is of the Prithvi Theatre in Mumbai. On its premises is a cafe which is popular for its coffee and food which is filled with students who are blissfully unaware that it’s a theatre venue. On the Zomato website, it lists that Prithvi is known for: Artistic Ambience, Artistic Decor, Pocket Friendly Menu, Outdoor Ambience, Beautiful Lighting, Awesome Cafe. Groovy!

Here’s a gist of my conversation with friends when I tell them to watch a play.

Desis are needed in theatre. Today more and more South Asians are pursuing a life in the arts. We want more stories about us being told. We demand more representation. We want more international role models that look like us, speak like us and understand our roots. We are tired of being stereotyped. And we will not see more plays by desis until and unless we see more desis in the audience. We have been struggling to get our voices heard. We still are. We artists depend on you.

Else the door will remain closed to artists like me and other aspiring desi artists. Larger companies and venues are producing plays by and with South Asian artists, but too many of them are what I call “tourist” Indian. There is merit in this sort of theatre – it serves up Indian culture in the shiniest, most entertaining way possible. But sparkly saris and arranged-marriage melodrama do little to present the broader range of stories out there.

And if we continue to ignore the arts and allow other communities to present their version of what South Asian like to watch, we’ll keep seeing a rehash of what non desis think desis want to watch. See you at the next show of Bend it like Beckham at the Mirvish theatre.

Himanshu Sitlani is a thespian, originally hailing from Mumbai. Foraying his way into theatre as an actor, he progressed on to other creative aspects and worked as a Stage Manager and Producer over the years with QTP, Akvarious, Ansh and Motley. He co-founded Le Chayim Theatre Productions in Mumbai in 2006 where he eventually made his directorial debut in 2013 with the play "An Incident at the Border". Since immigrating to Toronto Canada, Himanshu’s been immersed in supporting the creative arts, working as Patron Services Manager at Factory Theatre, while penning down his ideas towards his goal of creating a bridge between creative artists in Canada and India eventually co-founding Nautanki Bazaar in 2019 with his wife, Neha Poduval. Together they wrote their first play ‘An IMM-Permanent Resident’ which was developed at the Factory Theatre and was to premier as part of The RISER Project, but is on hold due to COVID-19. Himanshu is writing and directing a new play that will staged at the first Mississauga Multilingual Fringe Festival in August 2021 and has been selected for a Theatre Recommenders Grant with Theatre Passe Muraille for writing a new play for them in 2022!

Homepage » Arts and Culture » Theatre: “Where are all the desis at?”
← Previous Post