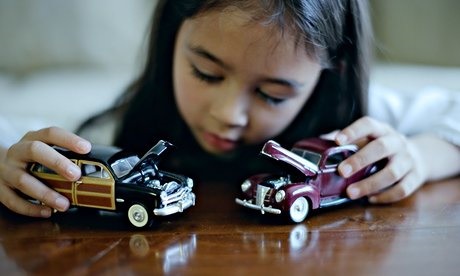 Growing up I went to a co-educational school. My parents’ choice of putting me into a co-educational school was met with scorn (mind you this was the early 90’s, where girls were expected to go an all girls school). A lot of “well-wishers” assured my parents that I would grow up with boys and that would taint my thinking somehow. My parents were undeterred and I spent 15 wonderful years in that school from nursery to grade 12. Since it was a co-ed school there were a lot more boys than girls (girls parents generally preferred all-girls schools). I mostly grew up around boys; playing with them, making crass jokes, skating along the school corridors, building Legos and so on. The girls, who were my friends from school, had a similar upbringing – in the sense that they all played the games boys played.

Why am I mentioning this? I was reading an article about how girls back away from STEM (science, technology, engineering and math) fields in the US because of a lot of misconceptions associated with it. The article also mentioned that girls who are encouraged to play with games that are considered fit for boys such as Legos, mechanical sets etc. increases the probability of girls being more interested in the STEM fields. Looking back from my own experience there is probably some merit to what the articled said.

I am considered to have “manly interests” according to my parents. I like building my own stuff, fixing broken appliances at home and doing other chores that typically fall under the domain of what a son would do. I even went against my parents and pursued engineering instead of going to medical school, which was considered more feminine. Once again, the number of guys in my engineering classes outnumbered the girls by 2 is to 1. 90% of the girls in my class came from co-ed backgrounds. To be honest, I had not thought about this aspect until today. I always had plenty of female company in my classes and had never thought that being a girl deterred someone from getting into engineering or any other STEM field for that matter.

This perception of mine was shattered when I went to grad school in the US. In most of my classes, I would be the only girl. There was even a time when a prof gave me a standing ovation stating, “We finally have a girl in our class!” On the rare occasions that I had female company in class, would be fellow Indian students like me. While I worked at the lab with a Computer science professor, I was the only female in the midst of 11 male grad students. Being something of a novelty in engineering department is exhilarating and exhausting. While I got to mentor young girls in order to inspire them to get into STEM fields as a part of the Viterbi outreach program, I had to endure undeserved attention as well. For example: I was a grader for an Artificial Intelligence course, which had 60 students of which only five were female.

My office hours were extremely unpleasant, as the guys who would come to visit would look at me with a condescending attitude because I would tell them why I had not given them the grade they thought they deserved or they would ask extremely nosy personal questions, to determine if I am single and ready to mingle. I was also given a calendar filled with pictures of male grad students for Christmas, with a note that read I could have a go at any one I wanted. A lot of people refused to believe that I was in engineering, because I looked too pretty to be an engineer. While the sexism was not blatant, it was difficult being a woman in the male-dominated engineering field and possibly acts as a deterrent to other aspiring young females who wish to enter STEM fields.

The irony is that, I faced such subtle sexism far more in the US than I ever did in the patriarchal India, or I probably got lucky. I have come to realize that gender roles are becoming more defined and stereotyped in the US- such as girls are looked down on for not wanting to play with toys that don’t look pink or girly. This attitude places a huge role in defining the mindset of such young women and how they choose their careers. I was lucky because I was never subjected to such crap and I could do whatever I wanted as long as it led to good grades and a respectable field of study. In some way, studying in a co-ed school in India probably saved me from having a negative bias against STEM fields in general.