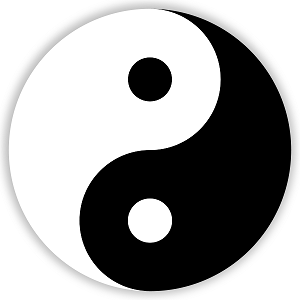 The other day I heard that there was something called “Rage Yoga” up and coming in the West. Here we go again! Yet another tragic manipulation of ancient yogic wisdom and practice, rage yoga uses swearing, screaming, and anger release techniques during a yoga practice in order to allegedly release tension and stress. Come on! Using the “F word” during yoga is the last thing my teachers in India would have suggested. It is certainly not authentic to the practice, and the very fact that this category of yoga has been created is simply offensive.

Alongside rage yoga have been multiple other yoga brands that have been created, marketed and sold to the world over the past few decades, including “hot yoga”, “power yoga”, “ganja yoga”, “wine with yoga”, “karaoke/singing yoga” and the like. Much of these practices completely go against yoga as a philosophy and as a practice. Unfortunately I don’t have time or space in this article to detail why each of these styles is not only offensive but outright wrong, but if you want to explore them more then all you have to do is a Google search and you’ll find multiple studios in the Greater Toronto Area that practice some if not all of these “styles” of yoga. You will see that the West is once again using the almighty dollar to capitalize on what sells in the general public, and are using yoga to make money, not to share and teach yoga. Highly problematic.

But, if you explore yoga you may come across a style called Yin Yoga, and this yoga style is definitely not one that goes against traditional and ancient philosophy and practice. In essence, it merges ancient Chinese Taoist and Buddhist wisdom with Indian yogic knowledge. It is a slow, contemplative yoga practice designed to go deep within the tissues of the body, not only to stretch and loosen connective tissue, fascia, and ligaments, but also to release long held negative emotions, feelings, the effects of traumatic experiences and chronic stress. I have only recently started to explore yin yoga in my own practice, and have found it to be healing and meditative, particularly as I am going through many complicated transitions and changes in my life.

Most of us are familiar with the yin and yang dichotomy of Chinese philosophical and spiritual thought. The yin/yang symbol is a circle divided into a curvy two parts, which are half black and half white. Each half contains a smaller circle within it with the opposite colour (black contains white, white contains black). Yin as an entity has been described as the hidden, unmoveable, cool, soft, brittle, calm side of things. Yang has been described as the open, constantly moving, heated, elastic, excited side of things. However, anything or anyone cannot be described as simply yin or simply yang. All objects, emotions and elements in the universe are yin or yang only relative to everything else around us. The moon is yin relative to the sun. The sun is yang relative to the moon. But, the moon may be yang relative to a cooler and calmer star in the sky. The sun may be yin compared to a big bang explosion! This is why the symbol of yin/yang reminds us that within every bit of yin there is a bit of yang and vice versa.
In the yoga context, a yang practice is one that is more active, dynamic, heated, and movement oriented. It is designed to get the muscles working and strengthened, and to allow energy to be activated and circulated within the system. A yang practice is the more well-known and traditional type of hatha yoga practice that we see in yoga studios around North America and in the media. A yin practice is quite different. It involves a more meditative approach, which means that it is not so much movement oriented as it is present-moment-awareness oriented. It is slower and softer, and postures are held for extended periods of time (often at least 2-5 minutes). This allows something different to happen with the energy in the body. The energy has the capacity not only to circulate and move, but also to transform.

Both Chinese and Indian collective spiritual wisdom has identified that our physical bodies are simply energy centers that circulate and distribute energy in order to function optimally to minimize disease in the body and stress in the mind. The Indian yogic tradition speaks of nadis, or lines of energy, that run through the body, and as per the cakra (pronounced “chakra”) system, the nadis flow through each of the several cakras that are aligned in the centre of the body. When prana, or life force energy, is not flowing through the nadis with ease, then the result is dis-ease and illness. Similarly, the Chinese spiritual wisdom speaks of qi (pronounced “chi”), which is the equivalent of prana, or life force energy. The Chinese traditions have identified meridian lines that run through the body and carry qi, and the Chinese have designed movement practices (such as tai chi and qi gong) and healing modalities (i.e. acupuncture, Chinese medicine) to harmonize and bring into balance the qi in the body. The physical practice of hatha yoga has been created in India in order to bring body, breath, and mind into unity through the proper channeling and circulation of prana in the body. The asanas or postures that we do in yoga have all been designed with prana, not just fitness, in mind.

Yin yoga has actually existed from the beginning of ancient yogic thought, but has only been named, described, and explored in the West more recently. In ancient yogic texts, the practice of yin yoga has been encouraged and different postures have been designed in order to glean both physical and psychological benefits. In North America more recently, yin yoga has been named and popularized by Paul Grilley, Sarah Powers (both American), and Bernie Clark (Canadian). These individuals are all yoga teachers who have trained in a variety of yogic traditions and who have also studied Buddhism, Taoism, and Zen Meditation. They base much of their work on the research of Dr. Hiroshi Motoyama, who has discovered that there may be a strong connection between the connective tissue in the body and the energy pathways, namely meridian lines and nadis that flow through us.

The purpose of a Yin Yoga practice is not only to receive the physical benefits of stretching the connective tissue, fascia and ligaments that do not get as much attention in a yang yoga practice, but also to experience, hold, and transform negative emotions and psychological experiences, even trauma. As one holds a posture for 3-5 minutes, one must find one’s edge, or the point at which the tissues are stressed (not strained or in pain of course) so that they are working. When this work happens, we are challenged emotionally to just stay with it, and to stay still without caving into our natural tendency to want to move and to “get out of it” and into something else. Therefore, while we are stretching and massaging the smaller elements of our physical bodies, including our organs, we are focusing our attention on our energy lines in the body, and on moving, releasing or transforming this energy. When in a posture for an extended period, practitioners are encouraged to visualize the meridian line or nadi that is being stimulated in the posture, as well as the organ connected to the energy line, and to take deep breaths in and out as the posture is experienced. This combination of experiencing body, breath, mind awareness in the present moment is often challenging but also very cleansing.

Some examples of yoga postures are Cobra (bhujangasana), Sleeping Swan (eka pada rajakapotasana), and Dragonfly (upavista konasana). You can see a complete list of the traditional yin poses at

If you are reading this and thinking about learning more about this practice, you can read Insight Yoga, a book by Sarah Powers. It provides a detailed description of yin yoga along with a series of recommendations for postures geared towards working specific areas of the body (organs and meridian lines), and a guide to mindfulness meditation and overarching Buddhist principles. You can also check out the websites of established yin yoga teachers, such as Bernie Clark and Paul Grilley (in addition to Sarah Powers). You can also search out yin yoga classes at yoga studios in your neighbourhood, and see how the experience serves you.

Through a regular yin yoga practice, one can cleanse and heal the organs, energy lines, physical body, and overactive mind. This is why those who have experienced and held trauma in their bodies, or who have had very challenging physical injuries that refuse to heal, can greatly benefit from a yin yoga practice. I highly recommend it!