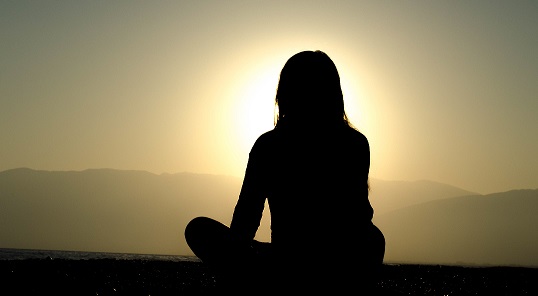 A click bait title for this post could have been “20 minutes that can bring you closer to Enlightenment”. The post’s intention though is to dial down expectations, and temper tall promises with cautiously optimistic realism, about mindfulness practices that are as it is afflicted by hype and are oversold. The post’s content itself is drawn from email exchanges in response to frequent questions regarding what I find appealing in meditation groups (and in particular those that are Buddhist-influenced) on account of (and also in spite of) being someone with training in the sciences.

My interest in Buddhist practice and doctrine in recent years was prompted by the coincidence of the following:
(i) sensitization (perhaps belated with regard to many others) to the universality of suffering regardless of the ‘First World’ or ‘Third World’ nature of the setting
(ii) proximity to Buddhist practitioners of multiple denominations in Los Angeles, the ‘most religiously diverse city in the world’ (where I was at the time of grad-school)
(iii) an attempt at minimalism noticing curatorial and hence acquisitive tendencies during self-examination. (In other words, I have difficulties doing a good job of handling information-overload)

To tell the truth, the above list was made ‘after the fact’. I signed up for the first half-day meditation retreat that I did, simply because I thought I talk too much and even a half-hour worth of silence maybe worthwhile! Often, it is reading the now commonplace media coverage of ‘scientifically demonstrable meditation benefits’ that prompts people to sign up for such retreats and workshops. Here’s a brief mostly personal history of how good enough reasons to practice meditation-techniques, can be found even outside of the (academic as well as popular) scientific reports of meditation-benefits.

My exposure to mindfulness meditation groups during grad school was not in a scientific capacity. What I say now is said without wearing the scientist hat, but from my experience as a practitioner and sometime facilitator of such sessions. These mindfulness sessions (Buddhist or not) in campuses serve a purpose of providing quiet-times and safe-spaces (and if participants are up to it, group-support) that few other mechanisms or student-activities are able to. Therefore, there is good reason for campus administrators (at whose desks the buck stops about students’ mental-health, substance-abuse and sexual misconduct) to continue such campus mechanisms like mindful sitting sessions even if none of the other cognitive or health benefits that are claimed turn out to be true.

If the pitch was “This will improve focus during exams”, then findings like those in articles like this would indeed sound deflationary. But in practice, the ‘pitch’ is for nothing more than quiet-time! A pitch like “This will help alleviate depression!” is explicitly dissuaded by most facilitator-trainers, like those at Mindful USC. In sum, even if, in the limit, there are zero cognitive benefits, these initiatives on campus are worthwhile even just for those 20 minutes of silence in which students have their smartphones switched off! Just like a school must have a playground even if no Virat Kohli graduates from that school, campuses now may need mechanisms for structured quiet-time even if there’s no foreseeable instance of a Buddha graduating from there!

From my own interactions, I do not recall first-timers or early practitioners complaining disappointed, that no ‘flash of insight’ or ‘surge of energy’ was forthcoming in the initially interminable-seeming 20 minutes of meditation. Instead, even when ‘nothing much happened’, they would often note a sense of accomplishment, simply at having broken the mental-blocks that had once cast meditation as something mystically beyond them, and at actually having chalked up some screen-free time! ‘Quiet time’ may not at first sound like much, but for many, it carries the thrill of a ‘first-time’ and the comfort of ‘me-time’ without the pressure to post selfies.

Incidentally I was involved in this exchange recently discussing various caveats with regard to meditation (in the context of Indic faith traditions).
1. heightened awareness
2. meditation and good citizenship

One of the objections of my interlocutor there was along the lines of “But meditators don’t seem intent on annihilating caste!” However, in the context of the above discussion, saying “Meditation does little to fight casteism”, is like saying “Meditation doesn’t really cure depression” or “Meditation doesn’t really make you smarter”. Most of the serious, committed and regular meditation-practitioners I know, meditate not explicitly to become better activists or bon-vivants or problem-solvers. It’s another matter that many of them are indeed very accomplished in those areas, but it is hard to tell which way the causation runs. If such longtime practitioners are asked why they meditate at all, especially when the supposed benefits are not foremost on their minds, a common response is that they simply trust the process rather than dwell on its products or byproducts.

The ‘process’ itself, which is surprisingly simple-seeming on paper, is not too different from the one outlined in this 9-point ‘How To’ guide. A longtime practitioner who is asked if they meditate because of its supposed benefits (or if they would quit if some benefits are shown to be exaggerated), understandably reacts like someone who maintains a regular sleep schedule would react if asked whether they would start staying up late if contemporary research on sleep-hygiene benefits is found to be exaggerated. Yes, a good night’s sleep keeps one more refreshed and alert at work the next morning, and this would hold good for someone maintaining a strict bedtime of 10 pm too. At 10 pm on a Friday night when there’s no pressing need for being ‘refreshed and alert at work the next morning’, this person would still go to bed, because it’s bedtime! Those among practitioners of meditation without explicit religious motivations, treat quiet-time simply like a disciplined sleeper treats bedtime.

Speaking for myself, remember that I joined these groups mainly because I think I talk too much and any excuse to stay quiet for 20 minutes is worthwhile! ’20 minutes without worry’ is a start that seems worth making in its own right, whether or not it eventually translates to ’20 minutes closer to Enlightenment’. Saving 20 or even 2 minutes of one’s waking life from being lost in worry counts as a saving, even when there is no other payoff right away for this investment of time. There may well be returns on my tiny quiet-time investments and they can come if and when they will, but for now I am pleased enough with the savings that these investments represent.

Arvind Iyer grew up in Mumbai, India and has been in the United States since 2007 always in a campus setting, first for grad school and now as a postdoctoral researcher.