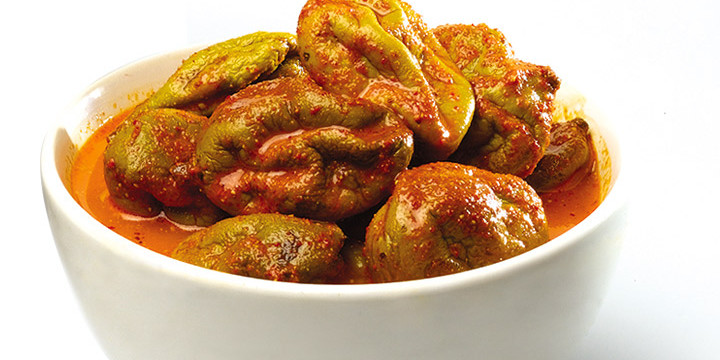 Being a Malayalee has its own advantages; we are blessed with long names. It starts with your name, followed by your mother’s, then your father’s and finally your family name. The first name is of yours, the second names are your parents’, and the last name is of the Tharavadu (family name).

The airport in Fujairah was crowded, disorganized, and looked similar to a scene from a movie where they screened refugees. All kinds of men and women from Kerala had lined up. The first timers were as perplexed as me and the others were in their fancy safari suits, huge moustaches, looking down at us who were trying to figure our way in a place where the locals spoke just Arabic. The air was filled with insults and disdain; the only relief was the fellow Malayalee and our inability to understand the language.

He was tall and dark wearing a Kandura (the Arabic dress). The question was simple enough for anyone to understand. I was confident that he would help as I could hear him speak in English to a white woman. “Excuse me, sir, how long does it take to reach Dubai by car and where should I wait for a cab?” The menacing stare tore through my insides and the frown of disbelief that I actually spoke in English was quite evident. It came as a shock. “Ya Allah!! Go stand in line Malabari,” the loud scream echoed through the hallway.  He pushed me, held my hand and almost pulled me to the line. Malabari is a name given to all Malayalees by the Arabs as the initial lot who reached their land was from the Malabar region or the northern part of Kerala. The guy who stood next to me was kind enough to say that we should never open our mouth in front of these guys as they don’t like our kind. I was made to feel that we are not welcome in their country; as if we were but slaves from a third world country who couldn’t feed ourselves.

An Arab boy in his early 20s started collecting/snatching the passports and the copy of the visa and he gave it to a lady wearing a hijab who was behind the glass cubicle. In 10 minutes she started calling out names. I was in a hurry to get out of there and reach Dubai. The process of immigration had begun; I could hear funny names of all kinds which made me wonder as to how parents could name their children this way. The queue started to move slowly as men and women from the line started moving towards the counter.

She kept yelling “Babi.” I kept looking around as it was not a common name in Kerala. I thought to myself when a person can be called, “Kizhethu” then anything is possible in my homeland. The tone was of annoyance and she started yelling out the name again and again. The Arab who pushed me away started to call out the name, “Baby.” “Is there anyone by that name here?” The guy next to me said that they might be calling the third or the second name. Oh! Shoot! I realized that it was my mother’s name, Baby Sarala. I ran to the counter. The Arab shouted ‘Hmar’ (Donkey in Arabic) and pushed me towards the lady. Thankfully, the process was quick and I was out, at the customs. Or rather more like from the frying pan into the saucer!

The Arab officer asked the man ahead of me to remove every piece of clothing from his pink suitcase and the many packets of food and toiletries. Every packet of food was opened, every piece of clothing was messed, and every lotion and cream had to go through systematic and detailed checks. He used his pencil to poke into all the creams, lotions, and food.

He crushed all my ironed clothes and felt every corner of my suitcase. He asked me to spread the entire set of toiletries on the table. He examined each one cagily and finally it was the turn of my Ammachi’s(grandmother) Achaar, (Pickle). He made a face of revulsion seeing the oily, red pickle.  He took a pencil which had some white substance, (the other guy’s fairness cream) on it and poked through the carefully cut pieces of mango. Blood boiled, I clenched my fist, mind travelled fast to a parallel world where I smashed his nose. I felt heavy at heart, humiliated and hurt, I wanted to say many things but something told me to shut up till I got out of there. The love that went into making that Achaar and the happy thoughts and those happy tears that she would have every time she thought of me having a bit of it for lunch played in my mind.

I took a deep breath, gathered the nerve and told him firmly not to poke it with that pencil as it was food. He said something to the guy standing next to him in Arabic and he started stirring the pickle more and more, smiling at me. He shouted in Arabic and asked me to pack everything and move out quickly as someone else was in queue. I dropped the bottle of pickle in the garbage bin, dragged all the clothes and toiletries into the suitcase, pushed it shut and walked out of the place as soon as I could.

The luxury cars, barren lands, deserts, scattered skyscrapers and mosques passed by as the cab drove to Dubai. It took more than 2hours to reach. I was finally in a room which had 5 bunk beds and a group of 6 huge, bare-chested men with bigger moustaches in their colorful lungis, having rum and coke, fish fries and playing rummy. Was I supposed to feel happy to meet them? Yes. I had to be grateful as my father told me that I could stay with them till I finished my assignment or till the time I found my own place to stay.

Times change, people change, cities change, fortunes change and today my memory is limited to the last holiday I had with my family in Dubai. Automated scanners saved the creams and Achaar and polite staff change the way you perceive the country. The photographs and the experiences faded the bitterness and again I’m in love with a Malayalee’s second home, ‘the Gelf’.

I’m Shred, a creative maverick floating in this blizzard called life, allowing my guides, curiosity and foolishness to see the bright and the dark. Analyzing perspectives and joining the obscure earned me the title of being creative. Today I’m a brand and creative consultant shaping identities.

Homepage » Arts and Culture » Stuck in a pickle – A Malayalee in his favorite ‘Gelf’.
← Previous Post Next Post →