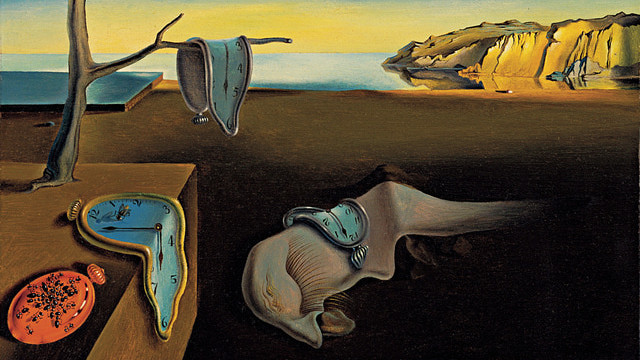 In a completely new city and a new country, we almost recreated old times – not exactly, but just by memory. Her tiny tot carried a pony with wings that immediately caught my attention – that was as magical as the event itself, meeting someone after 21 years!

In the lobby, sharp at 11:30 am, my friend from school appears with her tiny tot. It’s almost a magical feeling, because in 1995 we never thought this would happen. In fact, there was no question of meeting or not meeting then, that was just not a part of the teenage minds. We were in our own worlds, especially if not in the same batch, the worlds were very different.

Today those worlds just intersected and that distance seemed so artificial, because like someone said, in the long run everything does even out!

She lost two of her batch mates to heart attack in their late twenties. I knew them too, but they weren’t a part of my world as much as hers. But that reality is as much mine as hers.

In New Jersey, we chose an Indian restaurant and almost picked on our food – the usual samosa, dahi wada, naan, dal makhani and so on. We hardly ate; I just couldn’t feel hunger. I was more interested in knowing this girl in front of me, I used to know several years ago. In fact, I adored her, still do. The kind of adoration that you have for a senior in school. There were a few like that and she was one of them. Of course, as you grow up, you learn to like people beyond the images, so this interaction was about the person.

I still saw the curly-haired girl in two plaits, a green tie and blue pinafore dress in the lobby, but the clothes were very different and she had straight hair now, but it was the same bright smile, a thinner face and bright, big eyes, just like in school. What do such friends talk about? They talk about old times like they passed. They talk about things that changed in their lives and lives of people they know. They talk about realizations, dreams and new beginnings, almost like this was all planned by time!

Shared people are so much a part of old friends’ lives. “Do you remember that teacher who dedicated so much to art?” “Do you remember that incident, that classmate?” “How’s your mom?” Unknowingly or knowingly we share so much with people. That also reminds of those times when it was okay to be bad at everything and it was fine. It was easier to accept that someone else is better at something that you are not. People who were better were always an inspiration and you were never competing with them. Those were beautiful times.

Suddenly in that restaurant, amongst the talks of ballets, music and plays, there were parts of me that were touched. Today there is so much stress for everyone, even little kids because there is always pressure to be the best at everything. I wonder the kind of pressure those classmates underwent to get a heart attack in their late twenties; or the pressure on my college mate who I lost to alcoholism.

Even while speaking with her, it was all about there is so much to do, but now I wonder why is there so much to do or achieve? What is really wasting time? Why do all of us want to get somewhere else and never be where we are? Why is tomorrow always better and today not the best?

The universe just brings people to you at the right time, like it brought my past to me through my friend. So much time is spent in being ‘good’, so when do we exactly meet our bad sides? And is there really a good and a bad person? As changed people we are also drawn to similar people, some we would have never wanted to associate with in the past – we both had had such experiences. We both had felt similar things while experiencing different things and we had not even spoken in twenty-one years! That is so magical – shared experiences, although not together.

That makes me wonder, why we don’t speak to people often – not just known people, but even unknown people. There are just so many experiences to share, not to learn or unlearn, but just to hear and see, just to feel and accept.

At the end of two and half hours, Siddhu couldn’t find his winged-pony. We saw him take it from the couch and he walked to the car, most probably with it. We looked for it, but we couldn’t find it – almost like our old times. We can’t find them, but we created a new beginning – like when he finds his pony again hidden somewhere in the car, and we did find that hidden treasure in our memories after twenty-one years in New Jersey!