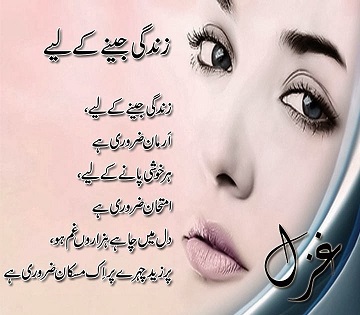 The exploration started with an innocent question (…really?). Is there any equivalent word for prostitute when referring to a man in Urdu or in Punjabi? No need to mention that the question hasn’t received its deserving consideration, except a sheepish smile. Never mind, let’s look at it the other way round. Why does language judge women exclusively for an action, of which men are equal participants? One gets pleasure and the other gets curse! How unfair it is, right? Never mind, let’s move ahead to more ‘decent’ examples.

It is plausible that men are the architects of most languages spoken across the world. It is reasonable to believe in it, particularly from the feminism perspective.

Traditionally, men have had a dominant role in shaping the features of South Asian societies, and language is of one of them. Women related man-crafted idioms are evidences of a gender-biased language.

So man-crafted language does not have great respect for women. Let’s begin with my earlier mentioned “innocent question”. Urdu has no single word for male-prostitute but sadly there are lots of words readily available in dictionaries and in slangs for a female prostitute. Some of them are so disgusting that no sane person would even want to think of them!

Let’s look into other Urdu idioms or phrases. Have you ever heard that God only helps courageous men? Yes, a male ranks high in the eyes of God, in Urdu. Urdu has a similar expression and is commonly used for men facing tough situations. It says, Himat- e- Mardaan, Mudad- e- Khuda. It means God only helps men of courage and determination. In a male dominant society, the noun courage or determination is an attribute that only men can possess.

Let’s talk about another idiom. We use this idiom to show our machismo by looking down femininity. A brief background of the idiom first. You know that colorful bangles are very popular among South Asian women. The bangles are also a symbol of delicacy and are supposedly easy to break like a woman’s heart. It means that bangles are feminine from male perspective. The idiom is: Mein Ney Chorian Nahein Pehni Hoi. Its literal translation is that I don’t have bangles on my wrist. But its implied meaning is that I am not a woman, and I have muscles to stand for myself. Whenever men have to show their manliness they refer to this idiom.

Some say poetry is a reflection of the society, however when it comes to Urdu, it looks at women as an object for pleasure and extensively expresses views from the perspective of male poets. Not long ago, poetry was considered a job for men, and women were forbidden to express themselves through poetry. Urdu has a very popular genre of poetry called Ghazal, it means conversations with beautiful women. It talks much about the charm of women, and poetically describes curvy figures of women.

Urdu poetry uses very specific word for women which is: Sinf-e- Nazak. It means the weaker sex. Urdu poetry is full of typical stereotype images of women to fulfill the sole purpose of giving pleasure to men’s eyes. Thanks to modern Urdu poetesses who uncovered women’s intellect and portrayed them as human beings in poetry!

Urdu has no word for a divorced man, however a woman is referred by an insulting word – Talaq Yafta (divorcee). Women have already low status in society, and the title divorcee makes them more vulnerable. (Perhaps women of Urdu speaking communities don’t have the right to divorce?).

Another word in Urdu is Sadar which means president. I looked up Urdu dictionary but could not find an equivalent word for Sadar, to represent a woman. Does it mean society does not accept woman as the head of any organization or body? There are many words in Urdu that are used to express respect for men but only few are for women, and these respectful words are only used for older women. In other words, women cannot get respect from society until they become elderly.

When men need to call someone lazy it is said “Kia hathoon per mehndi lagi hoi hey?” (Have you put henna on your palms?). So language does portray the gender bias in users.

It is said that language is not only a tool for communication but it shapes culture and norms of society. So it matters how we use language when it comes to both sexes. Not to discount that Urdu is a beautiful language but it would be more beautiful if we address the sexism in it and expand the language to capture realities in society.

Tarik Zia is a former Pakistani journalist who worked in national newspapers, television and magazines. He now lives in the USA.