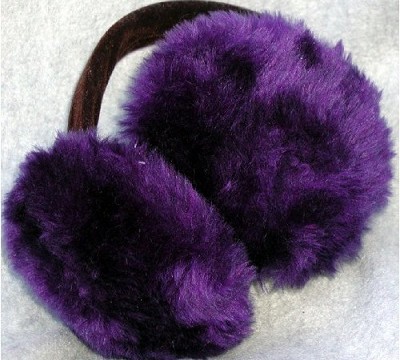 Early spring, I bought new ear muffs. It was a difficult find, but I really needed one. I love it for so many reasons – it makes me look cute, it’s purple and fluffy and soft, it blocks the cold wind entering my ears, thus helping me not getting sick. Also, it prevents me from tying my scarf around my head-ears-neck and avoid a few scary stares. No, I’m not scared but people are scared of my scarf and brown skin color these days. I never imagined that a humble scarf around my neck would scare people and label me as a Muslim.

Nothing wrong in calling me a Muslim, as people have always liked guessing my religious profile. But that was in India, as I was always a darker shade of brown. In India everyone is profiling you by your shade of brown and in US, everyone calls any shade of brown – a Muslim or as Priyanka Chopra said, “Arab”. Say whaat??

With the recent happenings across the world and the US elections, every brown person is looked at suspiciously. I get stares for even opening my purse in the train or bus. I had never traveled frequently by public transport before in the US. The overall experience is new and less chaotic as compared to the desi commute. It happened first time when I felt that I was looked (stared) at even while I opened my purse. A lady stared at me continuously – which was pretty odd – till I stopped fidgeting with my bag and scarf. I smiled slightly, but she looked away. I should have ignored the incident, but could not, as such small but irritating reactions happened a few more times.

From where I come in India, I am used to covering my head, face and hands with a scarf or a dupatta to protect the skin and hair from the scorching sun or the cold wind and drive around like a terrorist – openly! Then again, some Americans hardly know India and for them to know the Indian weather for that matter, is out of their world (American) knowledge.

I always wondered why Bella from office didn’t ever smile at me, while talking and laughing with everyone around me. Until, last month when she “dared” to ask me (with a forced smile), “So, are you fasting for Ramadan?” Ting! The bulb above my head shone so bright, so bright that it reflected on my teeth with a not-at-all forced smile and I replied, “I’m not.” I have the complete right to keep my religious identity in wraps. I ate a piece of doughnut right before her eyes and walked away, while she “tried” to smile back.

Yesterday at the office party, a guy literally tried to force me to eat barbeque pork and also trying to convince me it was chicken. Little did he notice that it was clearly written on the food tray as “pulled pork”! Nice try, dude! With the amount of food in your plate, it was clear you were hungry, but what you really need is to pull that pork out of your brain – and take in the food of knowledge which you have in abundance on the interwebs.

To my surprise, these reactions and responses to my skin color were not as common as it has become now. I have met so many Americans who have appreciated my country, my culture and I respect the US culture and the freedom of expression it allows me (which is also there in India, that is why we desis quickly adopt US as “home”). Many dream of coming to this great county to live the American dream and freedom. Winds of change are affecting many countries, mostly in a negative way. The negativity that has been flowing rapidly in the country for the past few months, reached the UK at a lightning speed.

In elementary school years, there was always an essay topic to write about – “My favorite festival” and most of the kids always ended up writing about Holi. There was a common sentence in everyone’s paper – “Holi is the festival that brings people of all religions together”. I feel there should be more cultural festivals throughout the world to celebrate various cultures. Let people know who your neighbor is, what kind of food he eats, what customs he follows in his country. Less of religious symbols and more of happy, smiling faces. No one should judge you by your attire or your skin color or your scarf or your hat or the food you eat.

The world needs more of love and understanding. I fear for my fellow women commuters from other cultures who have to wear a scarf for religious reasons and who bravely accept the stares and conclusions from the person sitting across them in a bus.

For me, ear muffs are the way to go! It’s purple and warm and fluffy.