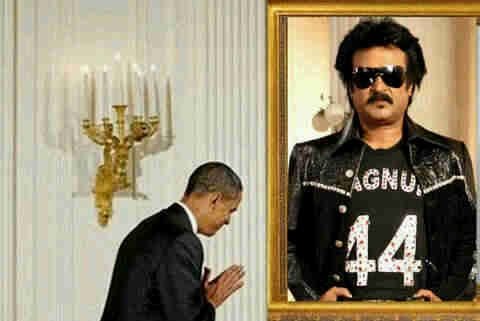 In the Nineties when I was growing up, my father always said, “You need influence” and my mother seconded that statement. And both of them worked for the government. When the economy of India opened in 91, things started changing and by 2001, the private sector had challenged the statement that you need someone to influence your getting a job. For youngsters like me, who have grown up in the open economy, sky was the limit – because there was a limitless world of opportunities, where it didn’t matter what your background was or who you knew!

And in India, I have always landed work without really ‘knowing’ anyone. I have got to know people after I started working. But things are really different in the first world (my experience is limited to the US and Canada). So far it has also been different for people in IT, because the sector was booming and hence everyone was potentially employable. Now things are changing there as well. But coming back to the first world and how it employs people – let’s specifically look at Toronto.

Right now, everyone is migrating to Canada or Australia or just any country in the west that is open to immigrants and Canada is a major immigrant hub. There are professionals from every field here – HR, biotech, finance, solar, medicine, media – name a field and you will find a person! But nobody wants to employ them because they have no Canadian experience or their degrees aren’t relevant here – in fields like accounting, medicine and HR you need to take courses to understand the system here. That seems valid, but not everyone who migrates here is prepared for that. They learn about it only when they land here and even after that or before that – you need to know someone to land a job!

In the US too, my teachers used to say, “It matters who you know!” and according to me even then it was outdated but here in Toronto the stark reality of it stares at my face. Most of these professionals with plush jobs in India work for call centers in Toronto or some such ‘survival’ jobs (that’s an actual category of jobs), because you need money to survive. All your savings in Indian rupees can’t keep you going for long. So even if you are qualified and are in a profession that needs no ‘upgrade’, you still will not land a job, because a resume isn’t enough. The ‘logic’ is there are many people applying for the same job, so if you know someone from inside, you are more likely to land the job.

When most people move from the developing countries, there usual impression is that it is a better, fairer world out there in the west. Yes, a lot of things are straight-forward – like getting a bank account or health card and so on, but survival isn’t easy at all. In India at least, if you have a bachelor’s degree you can land a call center job with ease, but not here. That too is difficult! Even to work in a gas station, it is easier if someone refers you. So in most cases people try to start off on their own and target their own community as customers, till something actually takes off.

So it’s not really a fair world, anywhere. There are always some issues everywhere, in every part of the world. But I guess when you do decide to move it is important to know the set of problems you might face as an immigrant. It’s important to mention here that it’s not like the locals have it easy. They face the same issues of having to know someone in the inside – just that the chances of them knowing someone is more. Who you know applies a lot more in the first world than in the developing countries – and that really stands out in certain professions.

On a philosophical note, we have really complicated our own lives, because the rules that we make always come and bite us in the back. But there’s always hope that we will emerge successful from these problems. Oh yes, before you feel all low and sad, there are support systems like employment centers and mentorship programs, set up by the government to help immigrants transition into the job market. It is their way of helping you ‘know someone in the inside’. So that’s great about Canada and I guess if the private sector were open to all, there might not be a need for these employment centers.

Now you know why it matters where you study (the rank of the institution) or where you are from, because that determines who you know. But before you brood and say, “See, I knew it, the world is unfair!” you can always get to know people – after all it’s people, right?

Homepage » Arts and Culture » It matters who you know when you job hunt – applicable only in the first world!
← Previous Post Next Post →