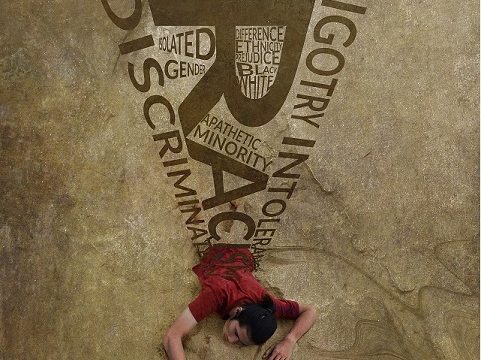 Somewhere between 2016 and 2017, there were these incidents reported in the news, and they stuck with me:

A grandfather from India, was visiting his son in the States. While walking in his neighborhood, someone reported him, and the police arrived and tackled him to the ground for not knowing English – or at least, that was my summarization of the whole event.

Then, in 2017, an Indian technology professional was shot in a bar. His attacker mistook him for someone of Middle Eastern descent.

After the murder of the technology professional, a friend posted on Facebook, asking, why it didn’t matter to us that Indians were being racially targeted. She asked why we were all silent. She asked why the Indians in America weren’t out protesting on the streets.

And in my reply to her post, I said something that added up to:

Now, shortly after I wrote my response, my friend asked if I would write a blog post about it. I decided to write a well-researched and balanced article that offered a hypothesis about why Indians don’t strongly protest racism on the streets of America. And for the past entire year, I have failed to do so, until today.

I felt like we had lost the moral ground to get on the streets and protest racism against Indians. So          I sat and processed that collective guilt of my people, for a while, and became more aware of my             own unconscious biases that were based on color – I didn’t ever think I had any, but I did. I smiled        at strange white people in Walmart, but I instantly clenched at a smiling black man. I consciously          worked on those biases of mine, and I am still working on them.

Oh my countrypeople! Why? Some more of the year passed, and I was nowhere close to writing something I could ethically stand by. In the months that followed, more things happened, and not necessarily in the chronological order listed below:

Indians travelled and stood outside the White House in support of the president’s immigration reform. To me, while they supported this umbrella of reform, here is what they supported:

Most of us hung our heads in shame, and spoke in hushed groups on social media. Some of us were proud of this action by our countrypeople. I realized, through an immigration forum, that Indian green card holders, and former Indians who had become American citizens, and Indians in the green card queue – ALL of them didn’t want any more H1B visa workers from India to enter America. They aligned with the same rhetoric that is employed by white Americans who detest the presence of Indians in America – most of whom came here on the H1B visa, or as foreign students who were then sponsored for the H1B visa. So, essentially, some Indians are in favor of racism against some other Indians. The sinking hopelessness I felt at learning this piece of information is something I cannot shake off.

The caste wars in India continue.

We – especially those of us who immigrated to the States for higher education, because caste-based reservations take up most of the seats in India – we continue to deny that people belonging to the lower castes in rural India are being treated horribly and their human rights are being violated.

We are so hurt about how we city folk missed our opportunity to study, that instead of fighting for better policy, we are content to call low-caste Indians freeloaders. We are turning a blind eye to people of our own color (well, several shades darker in skin than us, if we must be honest, and their blood not as pure as ours) who are suffering in our own country.

As a young engineering college applicant, even I was against the reservation system. But as I grew and worked professionally with organizations who helped these downtrodden people in rural India, I realized how unfair life continues to be for them, and how their free education seat reserved for them offers at least some of them a chance out of their hell holes. If a blog post could record and play back a scream of anguish, I would place it in here.

We buy into the white privileged concepts of “white-trash” and “kalle log” (black people). As does Kelly Clarkson’s song about the girl who scratches her cheating boyfriend’s pretty little souped-up four wheel drive. Most of us here are from privileged backgrounds in India. So of course we buy into those concepts and everything they reflect.

One of Indian cultural associations here celebrated Holi a second time on Easter Sunday, and they put out a post saying, “Let us use this as an opportunity to teach our children about real Indian culture.” I remember saying that Good Friday and Easter are religious holidays in India. That we didn’t have to have egg hunts, but we could have brought the local Indian Christians in to celebrate Easter the way it is celebrated in India. That would have been an opportunity to teach our kids about “real Indian culture.” Even in India, our Hindu friends don’t celebrate Holi again a second time on Easter to teach their kids about “real Indian culture.” We, now, have Indians in America who share the thought that Christian Indians and Muslim Indians are not real Indians. We have friends who agreed with the Muslim ban. We have friends who think Christians in India are foreign agents, and their festivals are foreign festivals. If a white American shoots at an Indian Christian or an Indian Muslim, will my fellow Indians go out protesting in the streets for their lives?

Quite a few of us support the current president and all his ideologies – most of us do. Remember the Indians who supported the candidacy? If we support him, we cannot possibly go marching out when one of his fellow-followers shoots at one of us. When Indians offered those prayers for this candidacy and came out in support of these policies, many of our countrymen in India posted on social media saying, “NRIs – non-resident Indians – have officially declared themselves to be the opportunist lot they are. They can no longer claim ideological or educational high ground or even better sense over any of us here at home.” Ironically, the murdered Indian technologist’s wife, in a New York Times article, spoke highly of the current American administration and how they helped her stay on and offered to speed up her green card process. Our own government back in India has “assured us that Indians in America are under no threat.”

I could go on. But this post would become an immigrant-Indian-bashing post. And that is not what I intend it to be. I intend it to be a record of my reflections and self-awareness as I explored why my countrypeople are not out in large numbers on the streets protesting violence against our kind.

In conclusion, I think we do not protest violence against Indians in the same way other people of color protest, because:

But here’s what I am going to do. Remember those Indians I mentioned up earlier in this post – the ones who do protest injustice? I will raise my children to be like them! My children will grow up and work for progress and justice in this country, in the country their parents came from, and in the world. And the day I get my immigrant status sorted out and stable, I will join my friends in protesting and working for the rights of Americans of every color, even as I continue to contribute towards the helpless ones in my own country. I will protest the racism against Indians, Latinos, Asians, Black people, immigrants, women, and citizens – for people of every race and religion who live in this land. And I will also be economically productive and be the model immigrant. That is what I will do, and I will be hopeful that my actions contribute towards a better America, a better India, and a better world.