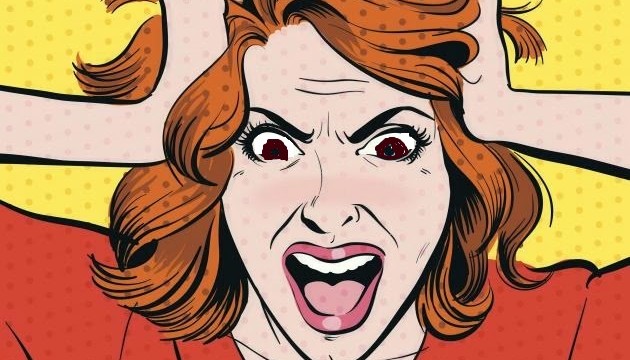 Unlearning is more important than learning. This reminds me of a famous quote by the late American futurist Alvin Toffler, “The illiterate of the 21st century will not be those who cannot read and write, but those who cannot learn, unlearn, and relearn.”

When we desis migrate to developed societies, our unlearning becomes more crucial than our learning. Our proverbial saying might explain it, “If you are not saving, you are not earning”. I say if you are not unlearning, your learning balance is pretty much irrelevant. First generation desis are unnecessarily subtle and indirect in their interactions instead of being straight forward. And those who understand this behavioral oddity, especially the 2nd generation, see it more as a cultural baggage mixed with learning problems. All our problems begin and end with the word ‘No’ – a small word.

A single word can make your life so easy and it’s called “NO “. I think we all desis have underestimated the great value of this powerful word.

It’s not that easy and not for everyone, I know. Even for people like me, with cross-cultural and educational experiences, patriarchal traits of agreeing with others are somehow part of our persona. The result is very often, we have to say yes, or for that reason agree, even if we do not mean it. This one word deficiency is a cultural liability.

This one word deficiency is a cultural liability

As far as I know, all Desis have taken it for granted, and consequently, everyone suffers. Socially, it makes us perfect hypocrites in our daily lives. We sometimes agree to things we cannot financially afford, instead of refusing it outright, and after that we will curse the other person for imposing it on us. We will speak of it, of course, behind the person’s back.

Typically, relatives would want me to lend them money, or a cousin would want to stay with me in my house for a month, help them find a job or take them around. This is a universal need whether I am based in Dubai or in America, or some other place.

And I never say no to them, even if I am unable to and I make it a cultural imperative to help. But In return, I expect them to help me, and the problems surface when things do not work as I expect. The culture of inter-dependency and high expectations has permeated into individualistic societies like America as well.

As people we cannot deal with ourselves. On the larger social scene, it gets complicated because we can’t say ‘no’ and we often tend to agree with things even if we do not mean it.

As a college student in the Pashtun lands of Pakistan, when I returned to my village on weekends, I had to take tea with boiled eggs and heavy cream three times in nearly an hour at my aunt’s, uncle’s and grandfather’s houses – all in a row, because I could not say ‘No’- a word they would not like!

Though I was clear enough in my religious preferences that nobody would ask me to go with them to a mosque for prayers. (But that was then and probably, not possible now, given the fact that now people like to punish others in order to implement state-supported harsh religious rituals!)

As I learned things, gradually, I tried to adopt my religious ‘Nos’ to my social ‘Nos’ in an effort to make my life easy. The results are kind of mixed so far.

When I moved to the US, some 11 years ago, I had never thought that the cultural burden of the word ‘no’ in the modern and scientific society of America will haunt desi people more than that I had experienced in the tribal, or I call it, the primitive set up. And importantly, I also learnt that this is something nobody can change through advocacy.

I saw in desi restaurants over routine conversations that this cultural issue can become an explosive religious sort of debate instantly.

Most desi friends rarely follow time deadlines even for the casual gap-shap meetings, although they live in America! And interestingly everyone accepts it as a norm. And the desi who suffers is the one who is punctual, because even when s/he says no, nobody gets it! They just keep doing whatever they please, even if it inconveniences someone else. When we hear ‘no’, we just don’t get it.

The burden that we are unable to carry

One day during my routine coverage at the Capitol Hill, it was in the last Ramadan – the fasting month for Muslims that I saw a man rushing to catch the Friday collective prayer underway in the event room at the Rayburn building. I was standing outside the event room waiting for the proceedings to resume. The man after finishing Friday prayer, went straight to the lunch line served in one of the corners of the room. I walked to him and inquired that I thought he must be fasting. He said, “Since all the people are here in the room and most of them know me, I thought, I should also join the prayer. Usually I do not pray.” And I nodded, very familiar with this desi cultural syndrome.

From friends to colleagues, community members and those in responsible positions I have hardly seen a first generation person who can say straight no and make things easy for everybody.

We all harbors ‘NOs’ inside us but we just cannot express it – and the rest that follows is hypocrisy.