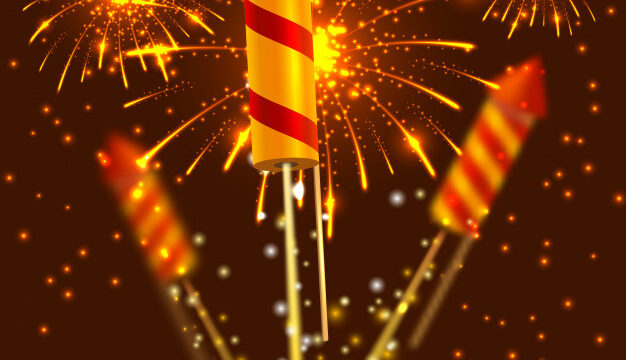 The sun sets across the lakeshore in Toronto. I stare at its beauty everyday – the shades of orange, red and pink. Does she know it is Diwali the day after, when some people here might replicate her light through fire-crackers and lanterns? Of course there are fluorescents and tungstens trying to mimic her each night, but the glow of the lanterns and fire-crackers probably come very close to what we imagine of the sun.

For years, I had let Diwali pass by, because it was less important than work. I don’t know if you are an ‘exact’ millennial (I just coined that term), whose personality is built to chase a career, and perhaps even a perfect family. If you are, then no festival is supposed to be important for you – nothing can take precedence over your goals – A big house, which will never be big enough, and cars, whose numbers you will never be satisfied with. They aren’t supposed to be enough, because if they are, then what will we chase? Did you get that promotion? Did you get that funding? Did you get that role? Isn’t that why you are here? Whether you are in India or in any other part of the world, that is pretty much everyone’s goal. Since I am becoming so ‘productive’ as an adult, I only have my childhood memories to reminisce and enjoy.

On looking harder at the past, every generation looks back at their childhood years with fondness, and there is enough evidence in various forms of discourse, of people missing their childhoods. I don’t really miss my childhood, except on festivals I guess. I wish the Diwali, Christmas and Summer vacations continued throughout life – when one could just have a lot of free mindspace to play in the sun, burst firecrackers and eat tons of delicious food.

Just to relive this to some extent, I went to an Indian grocery store yesterday and bought every savoury item that would be a part of Diwali – Murrukku, Thenkozhal, Pokkodam, mixture and Omapodi! I am having such fun calling them by the names I am used to! The packets don’t have these names on them. 🙂 When I was in Bombay, I used to pass by flower stalls, admire the flowers, but never felt the need to buy them. I knew that if I needed them, they would be around. Now I have to make a trip 23 kms away to buy these flowers, and mogra is rarely available.

If you lived in central Mumbai – you would know what I mean; flowers, the smell of coffee, dosais, mamis with cuticura and big pottus. These were a part of my osmosis then, but festivals made sure that I noticed and admired these things.

I bring these memories back in sambhar and vazzhakai thoran sometimes. Especially when studying at USC, my friend and I made a Diwali plan – which was basically making sambhar and thoran for some 10 people. We also put some rangoli and lit a few T-lights. All of us usually got excited at the thought of sambhar and coconut chutney! I was not a good cook then, I think, I remember my friend and I tasting the sambhar and not liking it, and then soaking it with tons of tamarind! That somehow salvaged it. But all of us ate it with relish!

Tomorrow, I plan to make aviyal. Somedays I also make molagootal. Trust me, these were dishes I ran away from! Somehow food stores so many memories, and you don’t need anyone to share it with it. Just food and you, and you could live life-times in a bite! 🙂 On a daily basis, these seem a bit far from reach, so at least festivals here, can bring back these memories. I sometimes wish Chirstmas and Diwali coincided so that I could see lights everywhere; and I could have people celebrating it with me.

Mind works in such strange ways; it’s not that I miss India per se, I just miss the ethos of having people celebrating something with me – people I don’t know. As I wrote those lines I realized that even in India, there were people unknown to me, who probably didn’t have any money to celebrate these festivals; and most probably they didn’t have the means for even a meal a day. I am romanticising and gloating in my privilege, I guess. I forgot the beggars outside temples, keepers of footwear, and kids cleaning cars; who probably don’t celebrate anything? But I cannot say that they aren’t/weren’t happy, maybe they are/were.

Well, as for me – I am going to distribute the sweets and savouries I have amongst my friends and some people in the building where I live. I am going to pray that everyone experiences togetherness with the world around them, wherever they live – because that’s what I was missing. I remember some wise words, I read somewhere, “Be all there, wherever you are.” Trying to be – doesn’t matter the country, the mind is always trying to be elsewhere! 😉 Happy Diwali, and let’s spread light, wherever we are!

Teller of Tall Tales - in dance, writing and images!