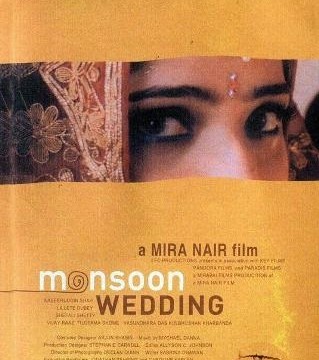 This list features one “Indian” film in its list of Best foreign films so far – Monsoon Wedding and is perhaps as Indian as Slumdog Millionaire?

This is a really confusing terrain because Mira Nair is a Hollywood director or is she not? But that apart, there is no other Indian film listed; one of the world’s biggest producer of films has no film on the list! Most other foreign films on the list are made in their home countries by directors from there, but not this one.

If you ask people in Bollywood, Mira Nair would be considered a Hollywood director, but in Hollywood, she is an Indian director, but not M. Night Shyamalan. There is no confusion as to where he belongs. Do diaspora films fall into the category of foreign language films? This is a very confusing terrain and there are no clear answers.

If one looks at the whole of India, there are several films that would make it to the list – but nobody knows the criteria for the list. If Monsoon Wedding belongs there, so should Slumdog, Bend it like Beckham and Earth? But then what about the actual Indian films like English Vinglish, Lagaan, Sanai Chaughade, Premam, Three Idiots, Ustaad Hotel and just so many others!! Of course Amelie and Colours of Paradise also missed the list.

There are several movie lists of course and what seems dominant is sadness or angst in all of these films short-listed. Monsoon Wedding probably made it because it deals pedophilia? It’s amazing how a lot of positive light-hearted films usually aren’t a part of any general list, unless the list specifies “comedy”. And I guess most Indian films have a positive streak to them, except the one that made to the list, but also how Indian is it? It’s dark, although it has light moments in it and embodies angst of a modern individual.

Social media perpetrates these badly researched lists that then become the “face of” foreign language films. Let’s take “In the mood for love”. It’s red all through. Some people praise how it’s shot, might be great but it just rambles for a very long time. In most festivals where it is screened, people have slept through it or walked out of the theatre. Of course, every film doesn’t have to be appealing to everyone but because it won awards, it is supposed to be a good film. No one questions as to whether it sustains their interest.

Of course, this is also just a perspective but I wouldn’t watch any of the films on this list, because I have had the misfortune of watching some of them, although I quite like “Monsoon Wedding”, it was entertaining. May be some of the readers can add perspective on whether it is a foreign language film – yes, it’s in Hinglish, but does that alone cut it? And Slumdog isn’t here because it is in English – although English is an Indian language? And English isn’t a foreign language – to whom? Oh, this politics of language!